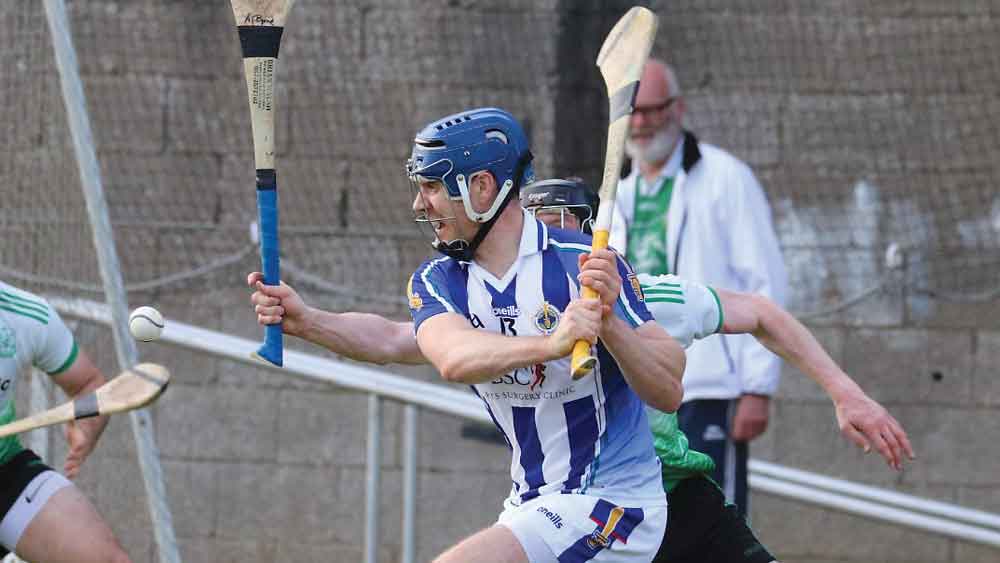 IT WAS a weekend of mixed emotions in the Dublin Senior One and Two Hurling Championship quarter-finals for Ballyboden St Enda’s.

While ‘Boden’s ‘A’ side defeated Lucan Sarsfields on a final scoreline of 2-21 to 0-23 in an entertaining Senior One encounter at Parnell Park on Sunday afternoon, their ‘B’ outfit suffered a 1-18 to 1-15 reversal at the hands of Castleknock in a Senior Two affair at the same venue a day earlier.

Paul Ryan was to finish Sunday’s tie with 1-8 to his name and the former Dublin hurler got ‘Boden’s first-string up and running with an early two-point salvo.

Inspired by Chris O’Leary (the game’s top-scorer with an outstanding personal haul of 0-12), Lucan subsequently edged in front only for ‘Boden to flex their attacking muscles just past the first-quarter mark.

A scoring sequence of 1-4 without reply, including a 20th-minute goal from Niall McMorrow, helped propel David Curtin’s side six points in front.

Conal Keaney was also on target a day after celebrating his 40th birthday, but the scoring prowess of O’Leary and Colm Walsh did ensure Lucan were just two adrift (1-10 to 0-11) at the interval.

While Ryan buried a penalty four minutes after the restart, Lucan rallied and trailed by the bare minimum on a couple of occasions in the second half.

However, ‘Boden had just enough in reserve with three points from Simon Lambert supplementing the combined 2-11 tally amassed by Ryan and McMorrow.

Seven-time winners at this grade, ‘Boden will now take on defending champions, Kilmacud Crokes in the forthcoming semi-final.

In the Senior Two Championship, Faughs are set to face Castleknock in the last-four after the latter got the better of Ballyboden ‘B’ in Saturday’s aforementioned quarter-final.

Even though ‘Knock – who featured Dublin senior footballer Ciaran Kilkenny in their ranks – threatened to pull clear on a couple of occasions in the opening period, Fergal Ryan’s accuracy ensured ‘Boden were on level terms heading into the half-time break.

A second-quarter goal had been the catalyst for the Firhouse Road men to halt the momentum of their opponents and the southsiders found themselves in the ascendancy late on in the contest courtesy of unanswered points from Ryan and Darragh Kenny.

Castleknock had that bit extra in reserve, however, as a spectacular Senan Forker major on 59 minutes ultimately propelled them to victory.