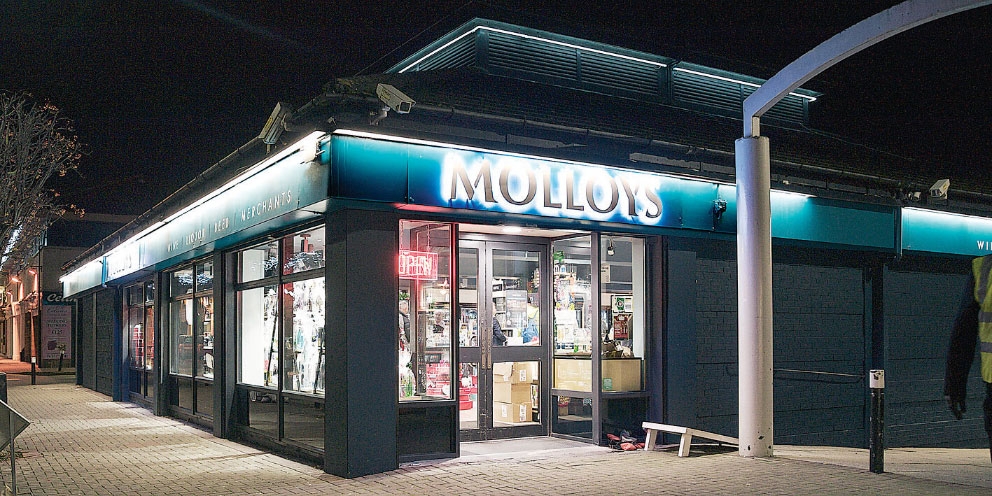 THE Molloys group of off-licences and pubs posted revenues of just over €17 million in the year to the end of January 2018 – down by 14 per cent in its last financial year.

According to accounts recently filed by Molloy Holdings, the family-owned group remains profitable and in a stable financial position.

Molloys operate seven off-licences in Dublin, including Clondalkin, Ballyfermot, and a major pub and restaurant complex in Tallaght village, which received a significant renovation in 2017.

Net assets of €18.2m and a pre-tax profit of €289,000 were recorded, although returns were down by more than half on the prior year.

Richard Molloy, Director of Molloy Group said: “Although there was a small drop in revenue in our shops that year, the main reason for the drop in revenue was due to the fact that our leases in Crumlin and Ballymun Shopping Centre expired in 2016 so we had less shops in the group in 2017, which would obviously lead to a drop in revenue for the group.”

The group, which also includes a number of property investments, recorded a €225,000 gain on the sale of an investment property, while its investment portfolio was recently valued at €6.4m on the basis of its €600,000 rent roll.

Staff numbers at the group dropped from 128 to 105 over the year.

A third generation of the family, Richard Molloy operates the business, which is headquartered at the Village Green in Tallaght.

He continued: “Despite very difficult trading conditions, due to the heavy discounting of alcohol by the supermarkets, we are quite pleased with the performance of the group as a whole.

“I created a new off-licence concept in our Tallaght shop which was recognised as one of the Top 30 Best Retail Stores in Ireland by Retail Excellence, so we know we are going in the right direction with it.

“We will be gradually rolling out this new store format to the rest of our stores over the coming years.”

Mr Molloy said the pub is also trading very well and the group are looking forward to the next 85 years in business.