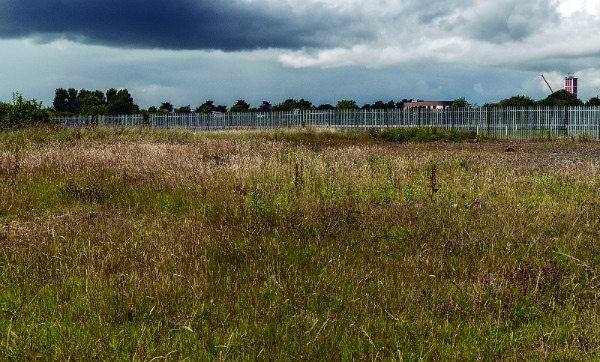 DUBLIN City Council have announced plans to introduce an additional 53 rapid-build homes in Cherry Orchard – news which has taken local representatives by surprise.

The 53 units are set to be located on HSE lands behind Cherry Orchard Hospital.

Existing plans for 24 rapid-build homes at the junction of Cherry Orchard Avenue and Cherry Orchard Drive, have already seen major disruption, with joyriding and intimidation at the site in recent months.

The new scheme was announced at the Housing SPC on November 23 by Tony Flynn, Executive Manager, Dublin City Council Housing and Community.

Mr Flynn believes it is possible to fast-track the plans, which he hopes will go out to tender in December, and be ready to be built in the New Year.

“Supply is key in trying to make some inroads into the homeless,” said Mr Flynn, who announced three additional rapid-housing sites at the SPC – two smaller ones in Finglas and the Cherry Orchard site.

Sinn Féin councillor Daithí Doolan, Chair of the Housing SPC, fears the proposals, which “came out of nowhere”, will “ambush existing housing plans for the area.”

Cllr Doolan is part of a separate Ballyfermot housing committee, which has been working with the Ballyfermot Partnership, Dublin City Council, and Government Ministers, on a local area plan encompassing housing, jobs, education and health.
“I voiced my concerns about this at the Housing SPC,” said Cllr Doolan.

“It’s a bad idea. I support housing, but there is too much in a small area – we should wait and see if this plan is needed. It could undermine people’s confidence in existing plans.”

The local area plan has a mandate from government to carry out work, according to Cllr Doolan, and has already met Health Minister Leo Vradkar, with plans established to meet Children Minister Katherine Zappone, Minister for Housing Damien English and Jobs Minister Mary Mitchell-O’Connor in the coming weeks and months.

Cllr Doolan continued: “It seems another housing department in the council is riding roughshod on existing plans. We are meeting Ministers, and the city council have employed a consultant to put out a plan due at the end of February.”

Mr Flynn said they were “cognizant of the local area plan”, but were eager to “future-proof lands out there.”

He said the front load will be social housing, but the rest will have “mixed social tenure and fit into the area plan.”

Meanwhile, DCC have appointed Adston Construction to construct the rapid delivery houses on the site at Cherry Orchard Avenue – and they are due to begin building as of this week.

NEWER POSTDental posts to be filled at Clondalkin clinic
OLDER POSTElderly man was asked for €3,570 for unnecessary roof repairs