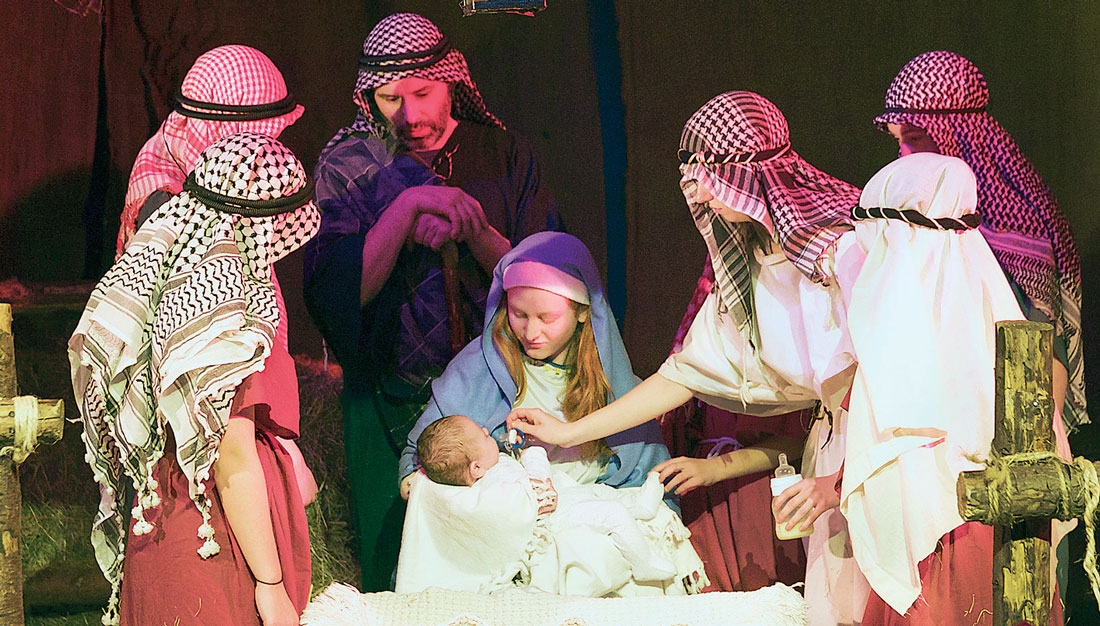 More than 2,000 people went to see a live crib, which took pride of place on the grounds of the Áras Chrónáin Irish Cultural Centre in Clondalkin, last weekend.

The crib was constructed over the course of two weeks without the use of a nail or a drill, in order to make the crib as true to history as possible.

The two-day event featured a cast of 50, ranging in age from three months to 83 years of age, and a number of animals including two hens, three goats, two geese, a donkey, a calf – and four ducklings who hatched over the course of the weekend.

Brian Ó Gáibhín from Áras Chrónáin told The Echo: “The live crib was magical, it was absolutely amazing – there’s nothing like it on the planet.

“We always have something special every year, and this year we had two geese who sat in among the audience.

“Eddie Drew from Kilmacanogue in Wicklow loaned us the animals, who have been on television and things like that, so they’re very used to being around people.”

This year is the 14th year that the live crib has taken place, which featured a non-speaking performance where the actors’ movements were choreographed to music.

Mr Ó Gáibhín added that even though the performance requires silence, no one in the audience has ever had to be shushed during the performance as they are so enthralled by the show.

Speaking about the future of the live crib, Mr Ó Gáibhín said: “Hopefully it’s going to go on forever and ever.

“We never thought when we started out that we’d still be doing it 14 years later.”

See this week’s Echo, dated December 21, for a full page of pictures from the event.