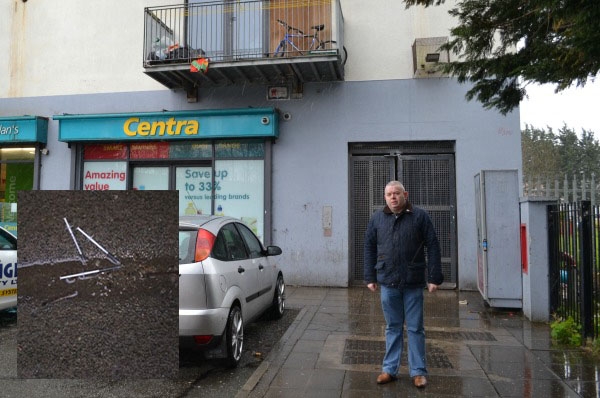 DRUG use, anti-social behaviour and verbal and physical abuse is impacting on the health and mental wellbeing of families living in one Tallaght apartment block.

This week, a family living in Mount Seskin Court in Killinarden spoke to The Echo about ongoing issues at the private complex – which has resulted in the mother being afraid to leave the apartment with her young child.

Issues at Mount Seskin Court were raised by Anti-Austerity Alliance (AAA) councillor Kieran McMahon last December when he asked Gardaí to monitor the area after residents reported intravenous drug use in the underground car park – which was the location of a serious blaze last October, and which saw the complex evacuated.

This week, a mother, who wishes not to be named, told The Echo: “People are constantly gaining access to the apartment block, there’s gangs hanging around every night of the week – it never stops and they are breaking everything.

“People who don’t live in the apartments are using our home to take drugs and nobody seems to care, nobody is taking responsibility and trying to sort out the problem.

“I am a strong person, but I’m exhausted from it all now, it has impacted so much on my mental health and I’m afraid to leave the apartment unless I have to.

“These gangs can be verbally and physically abusive and I have been threatened in the past.

“I’m miserable every day and so is my partner and that is not good for any child to be around.

“The situation is unhealthy and is putting my family’s safety and mental health at risk.”

The family has in the past two years tried to move out of the complex, but a lack of private rented accommodation, especially for people on rent allowance, has left them with no other option but to stay put.

“I’m happy with my apartment, it’s just the complex,” the mother said.

“This is a terrible situation for any family to be left in and is another aspect of the housing crisis.

“We are not homeless and have a roof over our heads, but that doesn’t mean it’s okay for a family to be left living in these conditions.

“We have tried to sort ourselves through the choice-based letting and HAP housing schemes, and I’ve lost track of the number of viewings I’ve went to, but there’s just no way out.”

Independent councillor Dermot Richardson, who has met with the family and made representations on their behalf with South Dublin County Council, said: “The Gardaí need to act now and start going into the car park.

“I know it’s a private development but the council has a responsibility here to assist people living in unsuitable conditions or who are at risk of becoming homeless – we can’t just forget about people and leave them living in such an awful situation.”

The Echo spoke with the management company in charge of the complex, Killinarden Property Management Company, and they confirmed that they are aware that access to the complex is an issue.

The company said that security has been an issue on and off since the complex was built in 2006 but that they would look at the situation.

A senior officer at Tallaght Garda Station said: “Mount Seskin Court does receive ongoing attention and we are aware that there are issues in the area.

“However, we have to patrol the whole district of Tallaght and while Mount Seskin is patrolled, we have a lot of other areas right across the Tallaght community that need attention too.”