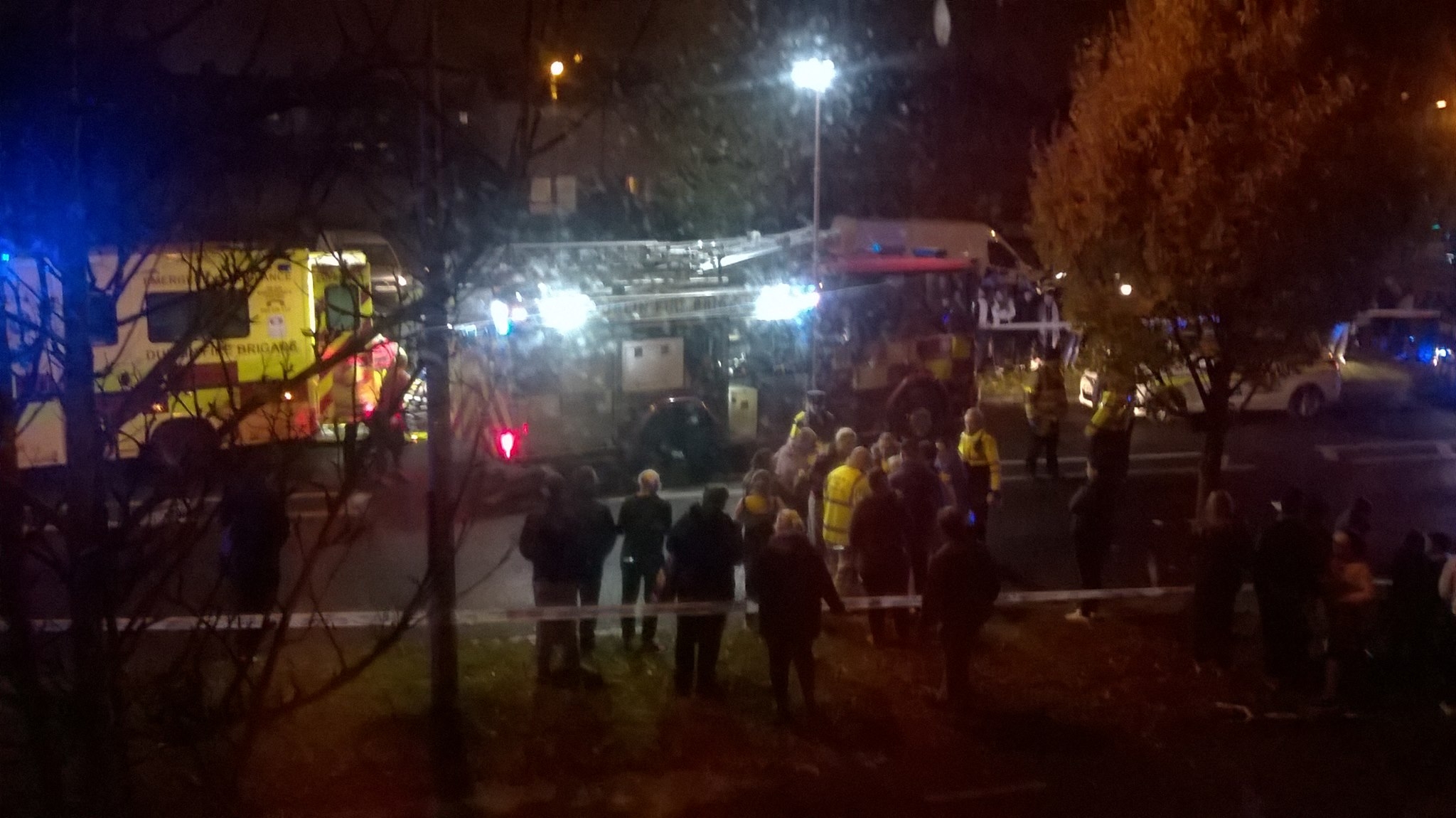 Motorcyclist in serious condition after crash in Clondalkin

A man is in a serious condition tonight after the motorbike he was travelling on collided with a car in Clondalkin.

The accident, which happened on the Neilstown Road at 7:20pm, occurred when just outside the Weaver Court apartments.

In a statement released to Echo.ie, a Garda Spokesperson said the man was seriously injured in the accident and that a garda forensic team were on their way to the crash site as a precaution.

A number of units from Dublin Fire Brigade were quickly on the scene, with the road closed in both directions.