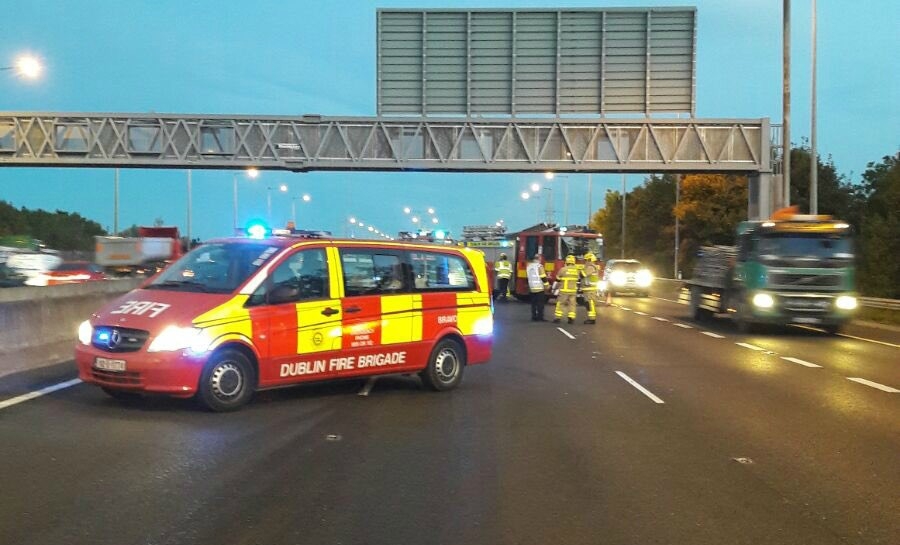 Two crashes this morning are making travelling on the M50 very difficult and drivers are being encouraged to take alternative routes.

The first crash happened near Junction 9 southbound, close to the Red Cow, at around 7am this morning.

Emergency services are currently at the scene and two lanes are reportedly closed, with just the one lane and the auxiliary lane open to traffic.

Onlookers heading northbound have also caused delays on the opposite side of the motorway as they slow down to look at the accident.

Meanwhile, another crash at Junction 6 on the M50 has been dealt with, but delays remain in the area and are not being helped by other incidents this morning.