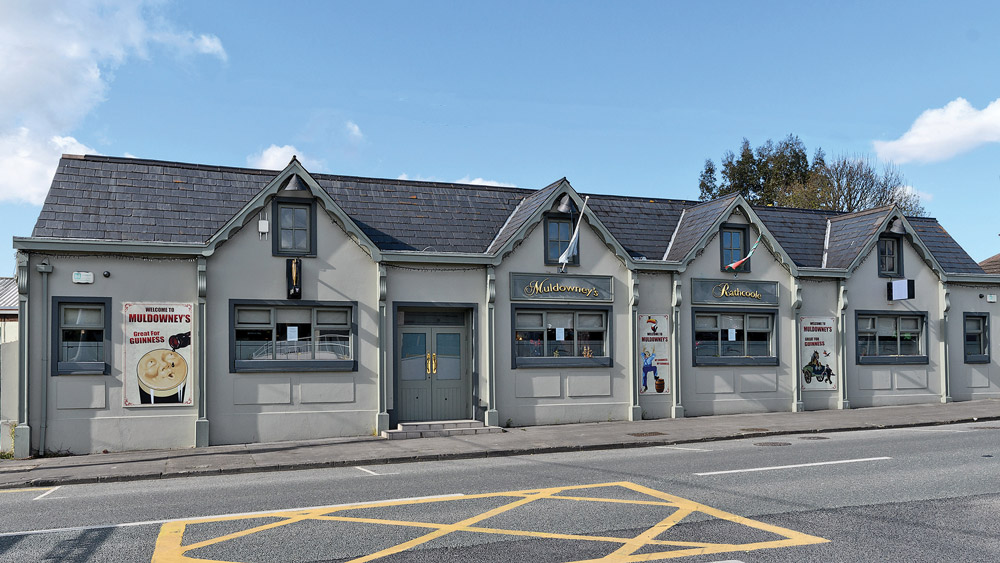 Apartments are planned to the rear and side of Muldowney’s Pub on Main Street, Rathcoole

Lorat Trading Ltd is seeking planning permission for the development at Muldowney’s Pub off Main Street in Rathcoole.

Part of the proposals is for the reconfiguration, renovation, and extension of the existing cottages on site to provide for two two-bedroom units.

Reconfiguration and renovation of Muldowney’s Pub and storage yard is also described in the documentation attached to the planning application.

Plans include the construction of 21 residential units within two three-storey blocks to the rear and side of Muldowney’s Pub.

The development will also include the provision of a pedestrian access point from Rathcoole’s Main Street.

Pedestrian and vehicular access through the existing car-park entrance to the rear of the public house is also incorporated into this aspect of the plans.

There is provision for some 32 car parking spaces and 44 bicycle spots.

All ancillary hard and soft landscaping, boundary treatment, an ESB substation, signage, bin and bike stores and all engineering and site development works necessary to facilitate the development make up the remainder of the proposed development plans.

Third party submissions in relation to this planning application close on May 9, 2022.

The local planning authority is set to make a decision on the plans by May 30.