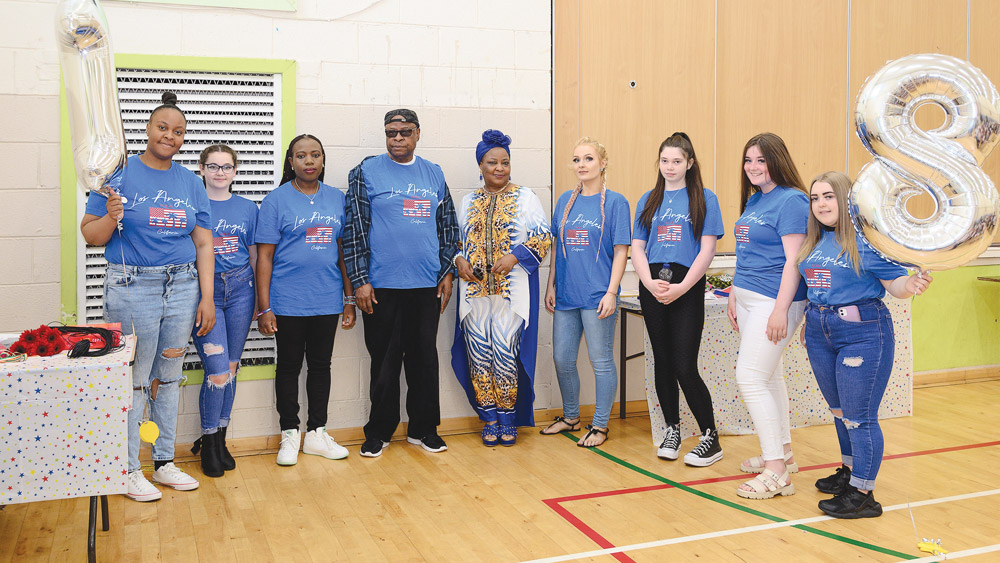 ‘My happiness comes from seeing the children happy’

A TALENT show and awards ceremony was held in the Jobstown Community Centre recently, to cap off another successful year for Yemi Ojo’s social inclusion summer camp.

The three-weeks-long camp is a yearly highlight for many children and parents in the area and has been held annually in Jobstown since 2004.

It’s the brainchild of local woman Yemi Ojo, who moved to Ireland from Nigeria over 20 years ago.

The mother-of-three decided to set up the camp 18 years ago with her husband, Elder Tius Ojo, in a bid to offer an affordable alternative to mainstream summer camps, and to promote social inclusion in the area.

More than 50 children took part in this year’s camp led by Yemi, who is affectionately known as ‘Aunty Yemi’, and a team of ten volunteers.

This year is the first time the camp has been held in-person since the pandemic began, as it was delivered online in 2020 and 2021.

During the three weeks, the children got to attend cookery classes, play sports, and get involved in dancing and drama, with different and varied activities every day holding their interest throughout.

“This is the first time since 2019 that the summer camp has been in person, and the children were so happy that it was back in person,” Aunty Yemi told The Echo.

The camp is truly a labour of love for Aunty Yemi, who said the money that the children’s families pay for the children to attend the camp is put back into the camp for activities.

“I do this every summer and I use my annual leave for it,” said Aunty Yemi, who works as a family support practitioner for Tusla.

“It’s not about the money, we don’t even make money from it. It makes me so happy in my heart, it’s not a job – it’s what I’m passionate about.”

The pay-off for Aunty Yemi comes from seeing the joy of the children who attended the camp, which was readily apparent at last week’s talent show and awards ceremony in the community centre.

A local community garda presented gold medals to award winners, whom the children got to know during the camp as community gardaí brought up a garda van and showed them the lights and sirens.

Aunty Yemi added that she wanted to thank the mayor, gardaí, Jobstown Community Centre staff, Citywise, the volunteers, parents, all of “the superstar children” who participated, and The Echo for covering the event.

After capping off another successful year, Aunty Yemi said she’s already looking forward to the camp’s return next year – as are all the parents and children.

“Now everybody’s saying they can’t wait until next year’s camp,” she said. “They’re already looking forward to next year.

“And I’m looking forward to it too, I’m missing it as much as the children are!”