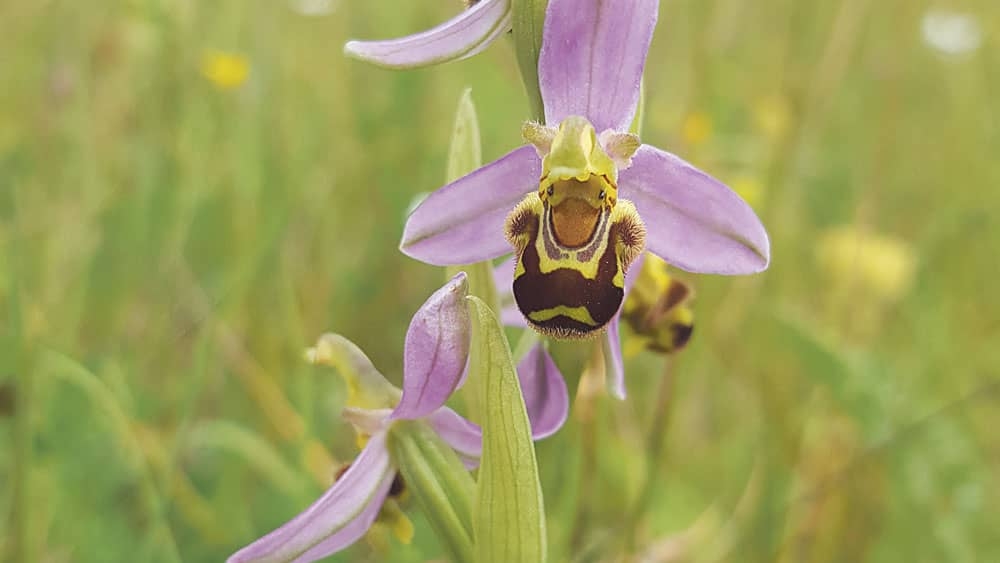 Nature on our doorsteps: Bee Orchids

The sight of wild orchids in our flowering meadows in June is a special delight. These mostly include the triangular heads of the Pyramidal Orchid and the pink and white spikes of the Common Spotted Orchid.

The appearance of the much-less-frequent Bee Orchid is a real treat. The flowers of this orchid are a lovely mix of pink, velvety browns, and cream.

These combine to form a pattern that mimics the shape and colours of a bee.

Bee Orchids are found all through central and southern Europe, with Ireland and Britain being at the northern end of their distribution range.

In the Mediterranean, this orchid is pollinated by certain species of solitary bee.

The flowers emit a special scent (a pheromone) to attract male bees looking for a mate.

Pyramidal Orchids are pollinated by a day-flying moth, the 6-spot Burnet

Tricked by the colours and the scent, the male bee tries to mate with the flower.

During the unsuccessful event, the flower deposits a sticky sac of pollen on the bee’s back.

This is carried off to the next Bee Orchid the insect will visit, thereby helping to complete the pollination process.

Here in Ireland, the orchid’s insect partners are not present, so the plant has had to adapt by becoming self-pollinating. This means that they can pollinate themselves, without the need for insects.