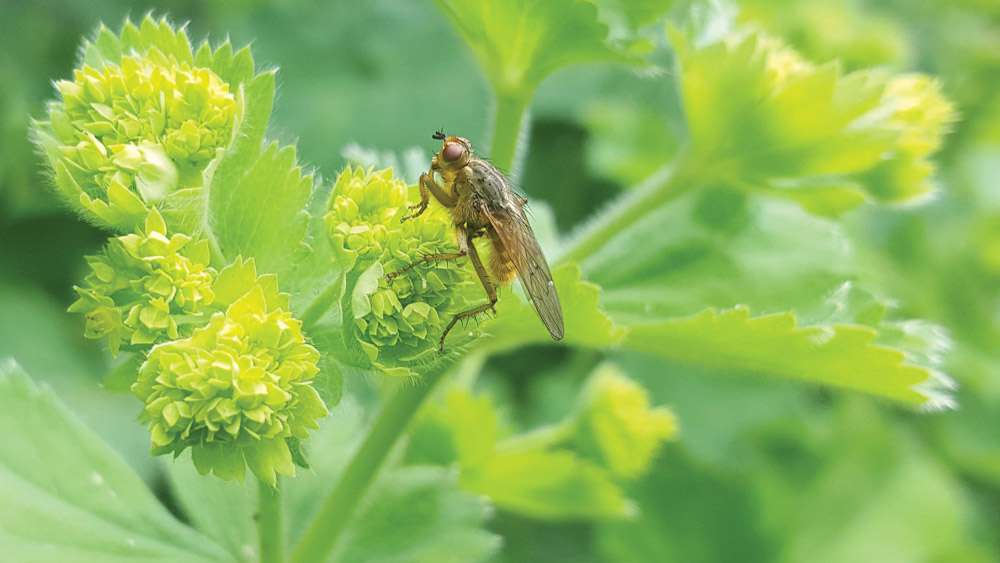 Nature on our doorsteps: Ghoulish infection in a fly

The golden-yellow Dung Fly is very common in Ireland, particularly where cattle graze.

This fly lays its eggs in fresh cow dung, where the hatched larvae grow and develop by feeding on other insect larvae in the cow pat.

This name originates from Greek, where ‘entomo’ means insect and ‘phthora’ means destroyer, and that is exactly what this fungus does to insects like the Dung Fly.

The fungus spreads by producing tiny microscopic spores that travel in the wind. When these spores land on a fly, they work their way into the insect’s abdomen.

Once inside, the fungus grows and spreads throughout the fly and feeds on its insides, including its brain.

When the fungus is mature, it needs to come back out of the fly to release its spores into the wind so that it can spread further. 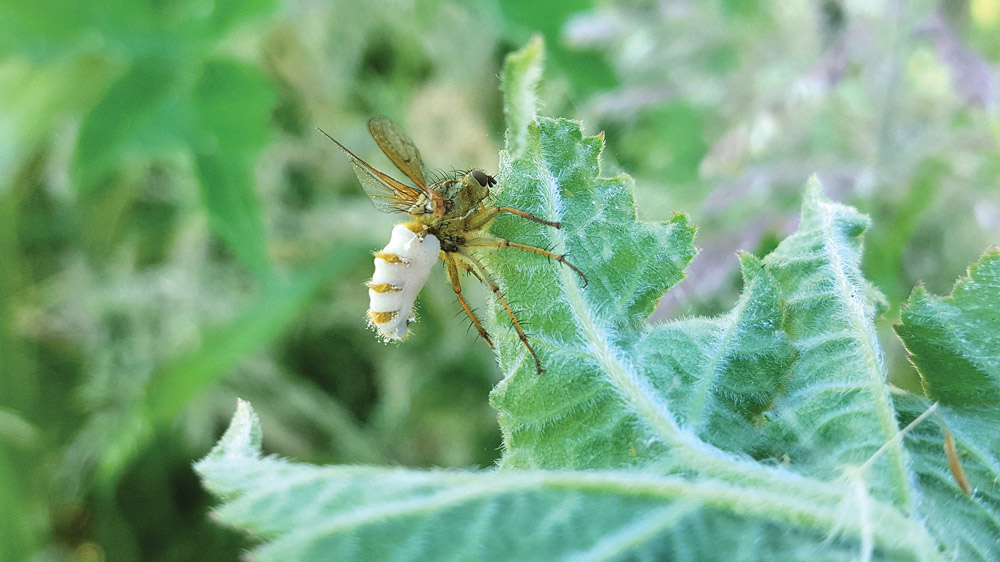 Infected flies take up a distinctive unnatural pose, and develop bands of white fungus on their abdomens

To ensure that this happens successfully, the fungus infection causes the fly to change its normal behaviour.

The severely infected fly crawls to the top of a stem where it sticks itself to the plant with glue-like fluid provided by the fungus.

The fly then stretches it legs and raises its body high into the air, spreading its wings wide.

It holds this unnatural pose, sometimes for a day or two, until the fungus’s white spore-producing threads emerge from the fly.

These can be seen as bands of white stripes around the fly’s abdomen.

By the time the fungus finally releases its spores, the unfortunate fly has died and the spores are in the wind, looking for its next insect victim.