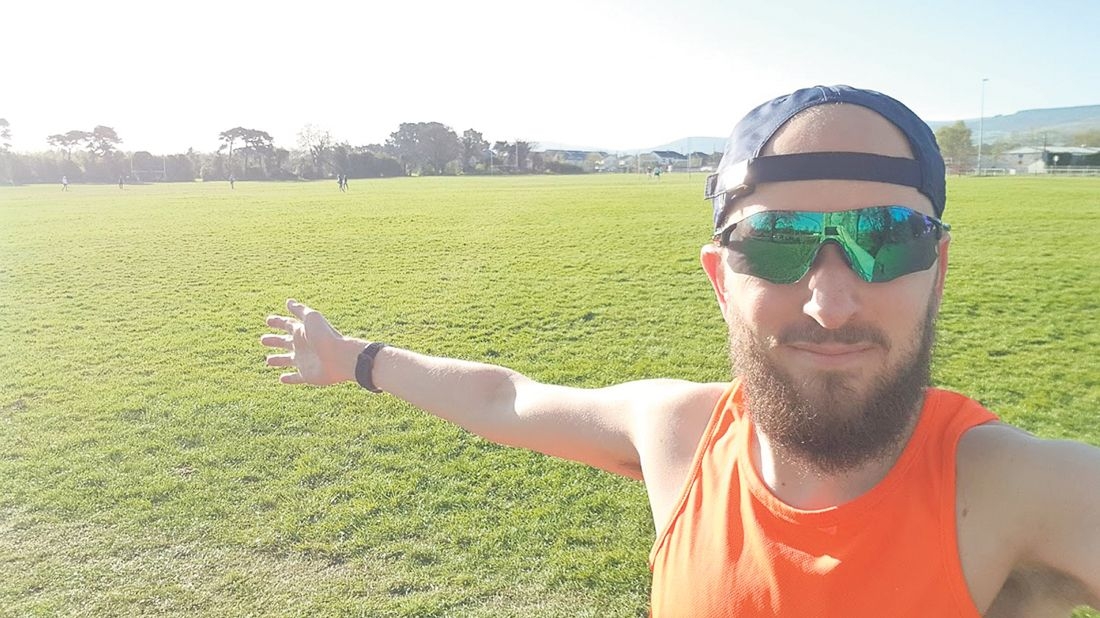 ‘Never Give Up’ virtual event to raise funds for cancer support

A MARATHON runner who battled cancer twice in the past five years and underwent a bone marrow transplant is inviting the community to participate in a virtual event to raise funds for cancer support and research.

Living in Ballyboden, Chris Proby (36) was diagnosed with cancer in 2015, after a painful injury to his leg prompted him to go for an MRI scan.

Chris, who was 32 at the time, told The Echo how he was expecting a diagnosis of a chipped bone in his leg or a serious muscle injury.

However, Chris was told that he had a large tumour in his leg, which had spread to other parts of his body.

“The tumour had spread to other parts of my body, including my sinuses”, Chris  told The Echo.

“It was a very aggressive form of cancer and I underwent a lot of chemo and radiation.”

However, he relapsed in December 2016.

After more chemo and full body radiation, Chris underwent a bone marrow transplant in March 2017 – after his brother Jonathon was a 100 per cent donor match.

After a lot of treatment, courage and support from family and friends, Chris was given the all-clear on June 14, 2017. He will be three years cancer free next week.

To mark his two year anniversary last year, Chris organised the Never Give Up 5k/10k event in 2019, raising €19,500 for the Irish Cancer Society.

After finishing the Manchester Marathon in 2015

Chris, who is originally from Inch, a small town on the Wexford/Wicklow border, is running the event again this year, as a virtual 5k, 10km or half-marathon (21.1km).

“I wanted to create something positive out of a very difficult experience”, Chris said.

“I wanted to give something back after all of the support I had received and to help the Irish Cancer Society with the research and development that they do.”

Chris told The Echo how a bone marrow transplant was his “last hope” and to be preparing to celebrate his third anniversary is very special.

“It’s been a long road to recovery but I’m coming up to my third year anniversary…June 14 is such a special day for me now”, Chris said.

Chris has encouraged people to take part in the event, which can be walked, ran or cycled in their own locality at any stage between now and July 26.

“The virtual event gives people something positive to work towards, and enjoy the fresh air”, Chris said.

“The event is flexible, especially with Covid-19 and people are asked to adhere to Government guidelines if taking part.”

All money raised this year will go to the Irish Cancer Society and Arklow Cancer Support.

Chris wished to thank his partner Niamh and his family, friends and hospital teams for their support in recent years.

He also wished to acknowledge the importance of the Park Run in Tymon Park, which is where he walked his first 5km and ran his first 5km on his road to recovery.