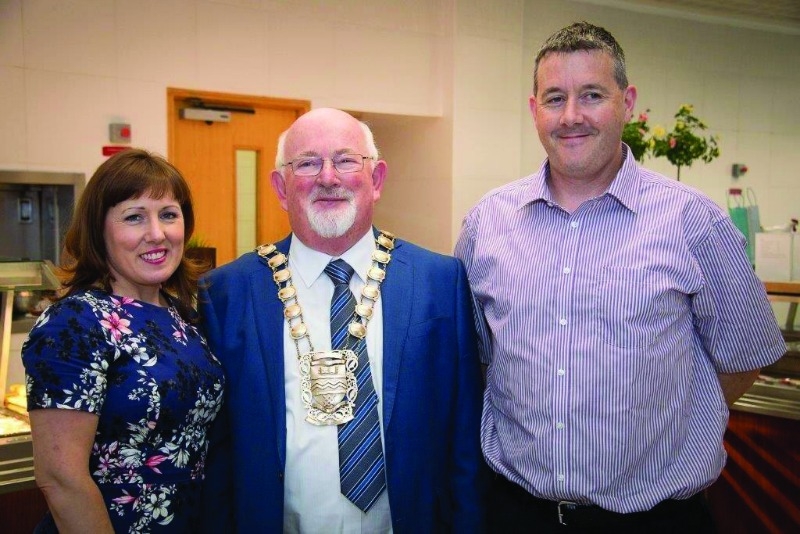 THE LUCAN electoral area of Lucan/Palmerstown has won in a draw as the first area to take part in a pilot scheme for a new process of participatory budgeting in the county.

The selection of Lucan/Palmerstown in the €300k budget was pushed for strongly and widely supported by councillors from various political persuasions.

The announcement was made at this month’smeeting of South Dublin County Council.

Earlier in the year following pre-budget discussions, the management of SDCC agreed to pilot one area for 2017 for participatory budgeting with an initial allocation of €300,000.

It is understood that this amount could increase in the years to come should the process prove successful.

The Lucan Electoral Area was chosen at random.

Welcoming the decision, local Independent Councillor Paul Gogarty told The Echo: “It is fitting that the Lucan Electoral Area was selected given that all three Independent Community Alliance Councillors for Lucan/Palmerstown have long been strong campaigners for giving people a direct say on how funds are raised through rates and taxpayer’s money are spent at a local level.

This process was pushed by all the Independent/Green Councillors in the council, notably Cllr Dermot Looney, and was supported by all our other council colleagues.

We would especailly like to thank our fellow members of the wider Progressive Alliance (Sinn Féin and Labour), who positively assisted us in bringing this process to fruition.”

Cllr Liona O’Toole pointed out to The Echo that the monies will not be for community groups or projects that are already benefiting from the additional monies secured in community funding.

She said: “ It will instead cover areas that people feel need extra funds, e.g. in sectors such as roads, parks etc.

“It might mean more traffic calming funding, or more playground/ multi-use games funding, or facilities for older people or suchlike. It is for residents to decide and efforts will be made to ensure that the views of as wide a number in our community are taken into consideration”

He added: “I welcome that participatory budgeting is now being implemented in South Dublin. I am especially delighted that having led the way on behalf of our constituents, Palmerstown and Lucan will now get to lead the way in this new and more progressive way of looking at budgeting.

“It is something I have supported over many years since I was first elected to South Dublin County Council”.