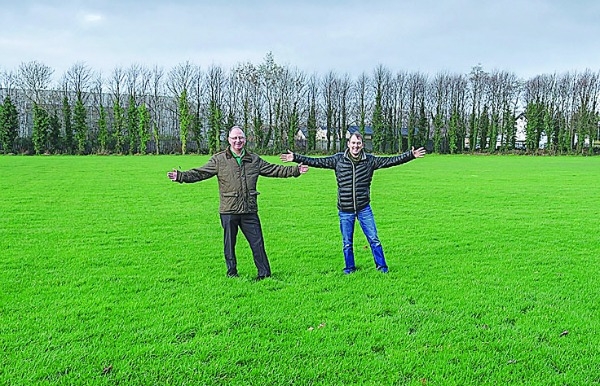 New home for equine centre in Ballyowen gets the green light

AFTER three years of work to develop its own facility, the Clondalkin Equine Club saw plans for its new home on lands within Ballyowen Park passed unanimously this week by South Dublin County Council following a public consultation process.

The club, which was formed in 2012, will now see the development of a 20-stall single-storey facility which includes an exercise paddock and car-parking, with work expected to be complete by the summer of 2016.

It was welcomed by all the councillors at the meeting, with many congratulating People Before Profit councillor and Clondalkin Equine Club member Gino Kenny for his work over the last three years in acquiring a new facility.

The development of the facility will give young horse owners the opportunity to take responsibility and care for their animals in a safe environment.

During the meeting, Cllr Kenny said: “The situation in Clondalkin for equines has become unsustainable.

“This is a great location and a great amenity and should be used as a blueprint for social horse paddocks across the county, run by horse owners for horse owners.

“It’s very beneficial for the area and slightly surreal that it’s gotten to this point, after starting as something so small.”

Following the meeting, Cllr Kenny said: “This is a momentous day for the Clondalkin Equine Club and the wider community.

“After a massive amount of work done by the club Clondalkin will finally have an equine facility to be proud of.”