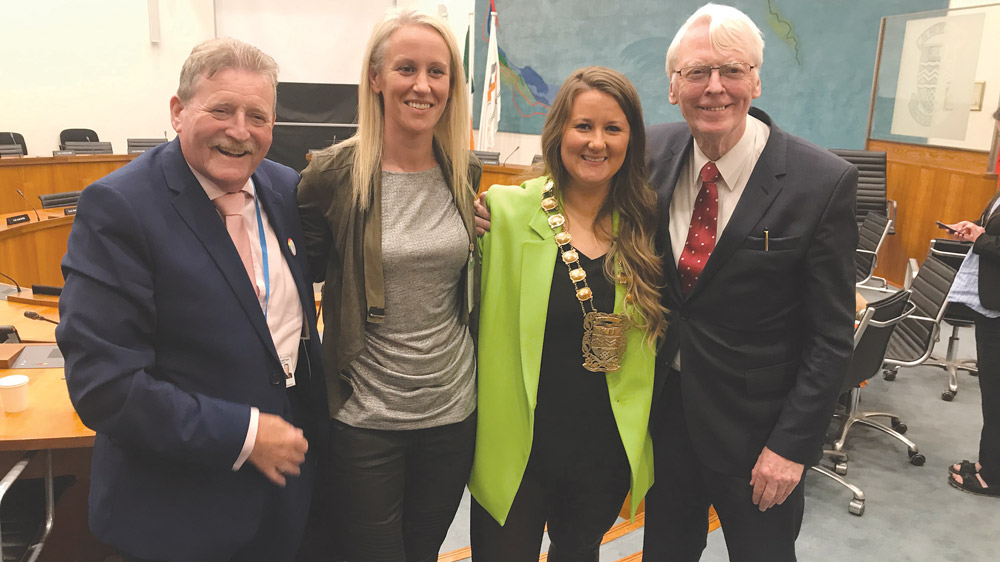 FIANNA Fáil councillor Emma Murphy has become the first LGBTQ+ woman elected to the office of Mayor in the State, and she said the significance of her election “is not lost on me”.

Now the Mayor of South Dublin County, Mayor Murphy was elected on the first count on Friday evening after her nomination for mayor was proposed by her party colleague, Cllr Shane Moynihan, and seconded by Independent councillor Alan Edge.

The election of Mayor Murphy, who represents the constituency of Firhouse-Bohernabreena as a councillor, was a landmark moment for the State, according to the council, as she became the first LGBTQ+ woman elected to the office of Mayor in a County in the Republic.

Speaking to The Echo shortly after she was elected, Mayor Murphy said her election had a particular resonance for her as it was on the eve of the Dublin Pride Parade.

“On the eve of Pride, for something so significant to happen, it’s really humbling and really flattering.”

As for Mayor Murphy’s main aims for the year ahead, she said that she wants to encourage more fitness around the county, and launch an initiative called The Mayor’s Mile within that vein.

She also wants to be an advocate for female mental health throughout the county, as she lost her sister Colleen to suicide in 2019.

Mayor Murphy added that she wants to recognise older people in the county, particularly after the difficulties they faced during the pandemic.

Prior to joining South Dublin County Council in 2016, Mayor Murphy was involved in developing youth empowerment programmes and promoting education opportunities at home and abroad.

Mayor Murphy currently works with MEP Barry Andrews as his communications director and was previously the chairperson of the Joint Policing Committee.

“It’s been a long day and a long process, but I’m delighted to be elected, and to be elected on the first count this evening,” Mayor Murphy told The Echo in the council chamber on Friday evening.

“I’m very grateful to all of the colleagues who voted for me this evening and for their kind words.” 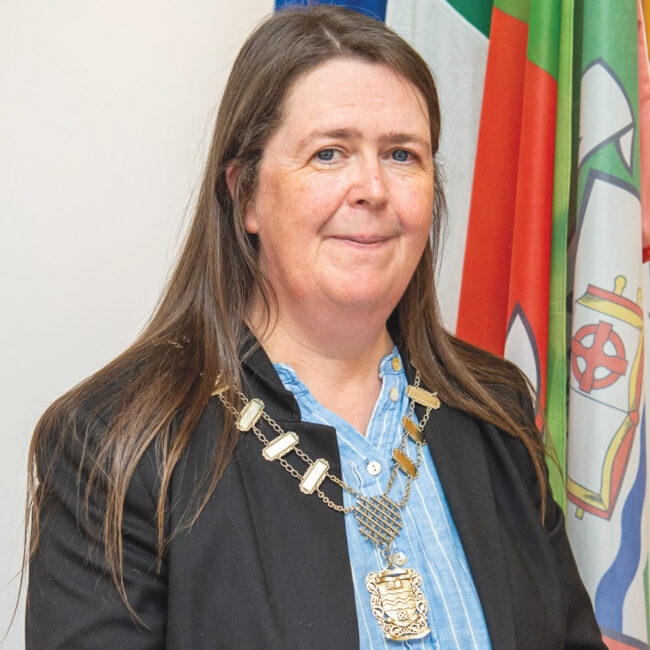 Deputy Mayor Tuffy’s father, Eamon Tuffy, who served as Deputy Mayor of South Dublin County Council from 2013 to 2014, was also in attendance at the election.

The new deputy mayor first served as a councillor for the Lucan Electoral Area from 1999 to 2003 before being elected as a member of the Oireachtas for 14 years, representing the Dublin Mid-West constituency from 2007 to 2016.

Deputy Mayor Tuffy was again elected a councillor for the Lucan Electoral Area in the last Local Election in 2019.

The outgoing mayor and deputy mayor thanked their fellow councillors, council chief executive Daniel McLoughlin, and the management and staff of the council, for their help and support during their term in office.