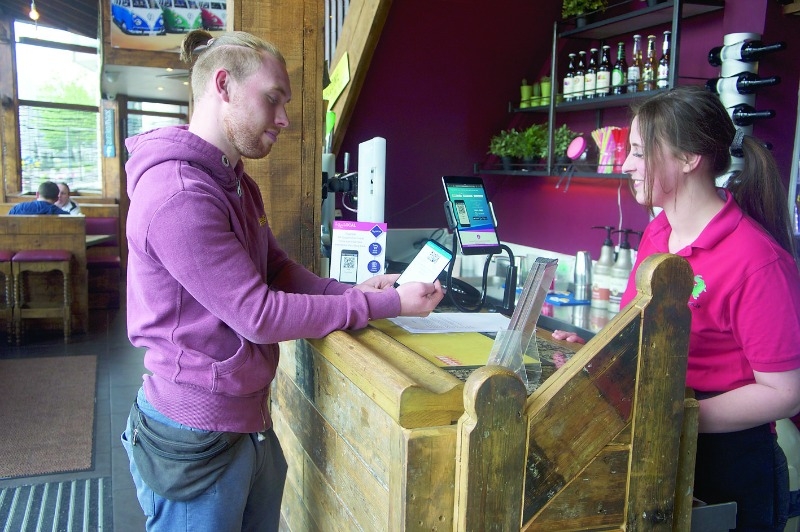 A NEW retail loyalty app which brings businesses and customers together to raise funds for groups, clubs, charities and schools in their community was officially launched in Tallaght Stadium on June 1.

Called L2C Local, the new loyalty system is free for businesses to sign-up to, with customers able to use the card across a range of local businesses including retail outlets, restaurants, coffee shops, hairdressers, beauticians, hardware, shoe repairs – basically any business selling a product or service can sign-up for free.

Customers will be able to avail of special offers through the loyalty app alongside donating one cent for every €1 spent with any of the businesses signed-up to a charity, sports club or school of their choice.

The loyalty app, which will be rolled out nationwide, is starting its life here in Tallaght and in neighbouring communities like Clondalkin – with local businesses invited to sign-up alongside charities, sports clubs and schools.

The new system is the brain child of Liam Carew, who owned Aussie Outback before retiring and handing the reins over to his daughter.

Liam’s retirement hasn’t lasted too long, with the Rathfarnham businessman about to launch L2C Local in Tallaght Stadium.

“Alongside increasing sales and awareness of the business, being on the loyalty system also gives businesses the chance to give back to their local communities.”

To date, the loyalty app has the top 30 Irish charities sign-up, with the team behind L2C inviting local charities and groups right across the community to get involved.

Charities, clubs and schools sign-up for free and the shopper chooses between one to five organisations that it would like to support through purchases it makes through businesses on the loyalty system.

“This is the next generation of fundraising”, Liam said.

“For example, we spend more than €60 a weekon non-essential shopping [like coffee, meals, hairdressers], which is equal to 60 cent a week for your local club.

“We’re encouraging all local charities, clubs and schools to sign-up, with shoppers then able to choose their charity or club from the app’s directory.”

He added: “The system is totally transparent and charities and clubs get 100 per cent of the donations made each month.
“After the money has been paid, we then send on an invoice for administration costs.”

Supported by LEO [Local Enterprise Office] South Dublin, the loyalty app also has the potential to encourage people to shop locally as there will be an easily accessible directory of local businesses to hand through the app.

For further details or sign-up as a business, customer or charity visit www.l2clocal.com