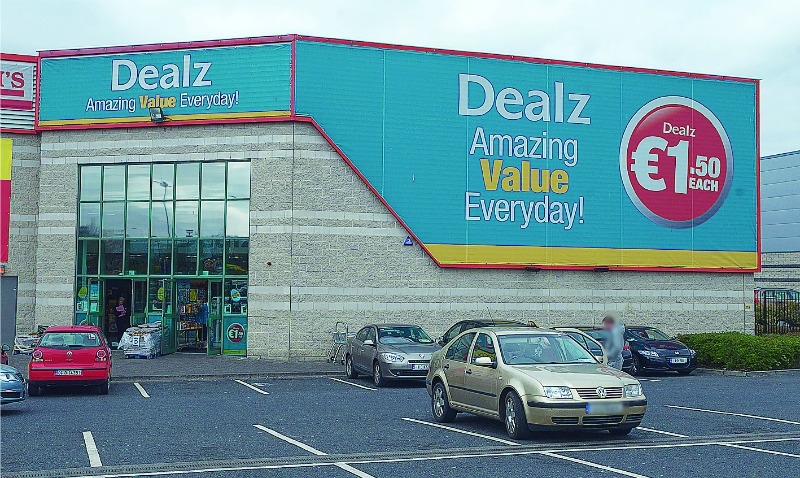 DESPITE strong support within the community, Dealz in Fonthill Retail Park have been refused planning permission to change the use of its premises from a warehouse to a shop.

The store faces the risk of closure as a result of an enforcement order, which could put 38 jobs at risk.

In March Dealz submitted a planning application to change the Fonthill premises ‘from retail warehousing to shop’, as it sought to regularise the planning status of the store arising from the enforcement order.

Neighbouring businesses, residents and representatives supported the proposal with submissions to the application.

However, South Dublin County Council rejected the proposal, stating that zoning at the site “seeks to provide retail warehousing” and the development of a shop is “not permitted” under current zoning objectives.

Council planners also cited the “out-of-town location” which they said could “divert trade away from designated retail centres” and said permitting a shop unit “would set an undesirable precedent.”

Up to 40 submissions supporting the Dealz proposals were submitted over the last two months.

Among those to support the proposal were Power City, Eurasia Supermarket, Polonez, Cash and Carry Kitchens.

The neighbouring outlets say they have benefitted from the increase in footfall from the Dealz store, which has been in operation since 2015.

In the plans, Fine Gael Councillor William Lavelle supported the Dealz proposal, noting “a lack of direction in the development plan on this matter.”

He cited previous planning permissions which were granted for Aldi and Eurasia in the same zoned area.

Dealz may opt to appeal SDCC’s decision to An Bord Pleanála.