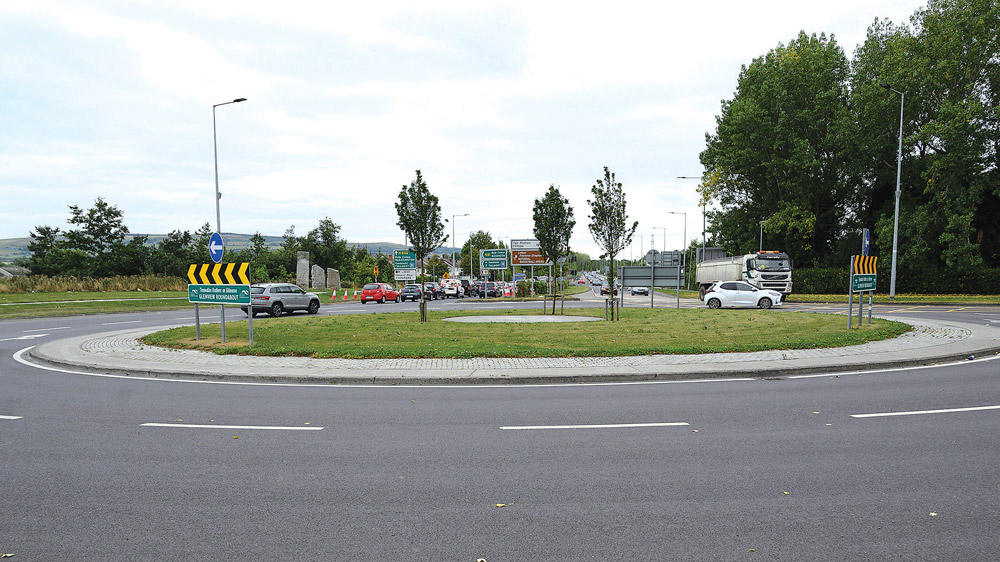 The Glenview roundabout on track for a new sculpture

New sculpture for Glenview roundabout due in 6 months

THE production and installation of a new sculpture for the N81 Glenview Roundabout in Tallaght is expected to take place within the next six months.

At a meeting of the Tallaght Area Committee on June 27, South Dublin County Council stated that the estimated timeline was seven months for the production and installation of the art piece.

The topic was raised by independent councillor Mick Duff, who requested a timeframe for the installation of the chosen commissioned sculpture for the N81 Glenview Roundabout.

The council noted that, post-tender, the artists proposed a number of changes to the artwork.

These included changing the sculpture from steel to aluminium, and the council’s Public Realm section has recently responded with some questions regarding design quality and assurance on durability.

As reported in The Echo last October, the chosen sculpture to be installed on the roundabout is a 7m tall, 6.5m wide piece of art which references the spire of St Maelruain’s Church in Tallaght.

It will also reference the buildings and housing surrounding it and the wider area of Tallaght, as well as the diversity of the communities in the area.

The coloured sculpture will come from artists Liam O’Callaghan and Mark Clare, who won the council’s tender process for the large-scale €50,000 sculptural project.

The last time there was an eye-catching feature on the roundabout was back in April 2021, when a garden gnome somehow found its way there.

While the mystery surrounding how the gnome got there remains unsolved, the presence of the garden ornament left residents and motorists unperturbed.