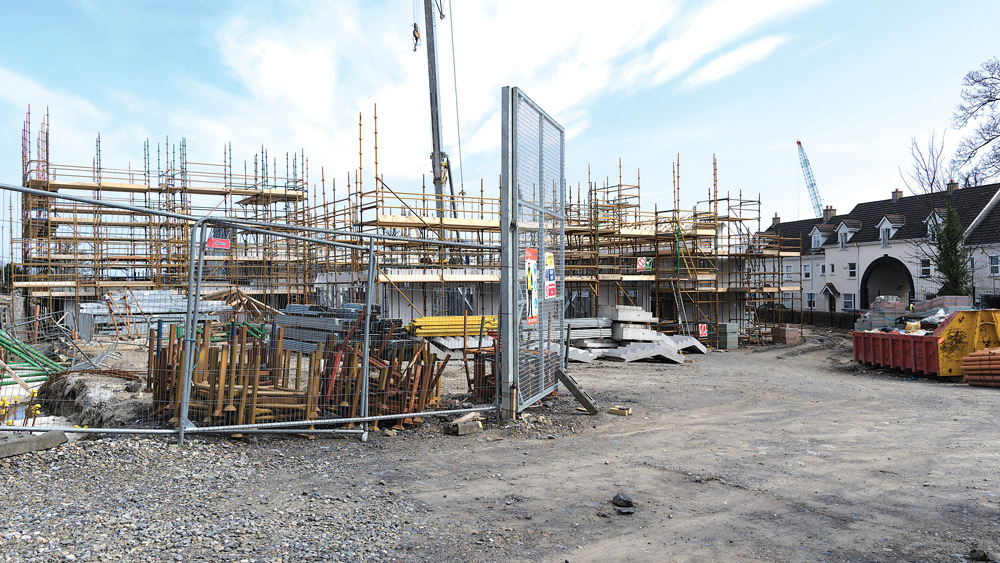 The unfinished Homeville site in Firhouse

SOUTH Dublin County Council will fall short of its social housing targets for the year, delivering 391 out of the targeted 400 homes, while there are over 6,000 applicants on the authority’s housing list.

Termination of the contracts on two projects, Homeville in Firhouse and the older persons housing scheme in Springfield, which is separated into Maplewood and Fernwood developments, are cited as the reasoning behind the shortfall.

Clúid, the approved housing body appointed to manage the sites by South Dublin County Council, terminated contracts with the contractor on these sites, FORRME Construction, a few months ago.

In the response letter issued to Cllr Charlie O’Connor’s question at the monthly meeting of the council, the authority detailed the “shortfall in delivery this year has occurred due to termination of two contracts due to on-performance of the contractor”.

“We had three contract terminations, in which we lost about 50,” Chief Executive of the SDCC, Daniel McLoughlin, told the council chamber on Monday.

“Fair play to Colm [Ward, Director of Housing], Brenda [Pierce, Senior Executive Officer in Housing Provision section] and the crew, they got it back up to 391.

Addressing the shortfall in the delivery of the targets, and whether the target itself was adequate for the year, Cllr O’Connor feels it leaves a bit to be desired.

“I take calls and deal with matters of all sorts, but housing is absolutely the most dominant factor.

“We need to find sites and build houses. In the past, nearly every housing proposal was opposed in some form.

“It makes it more difficult, and we absolutely represent those concerns. But we need to find a way.”

It is understood that these projects which contributed to the shortfall will be completed in 2023.

The level of need for social housing continues to be a major challenge facing the council and increasing supply is a “primary solution”.

Increase in housing figures and the response to accommodate Ukrainian refugees fleeing war is putting further “pressure” on the council’s systems.

In October of last year, there was 8,830 people recorded as homeless in Ireland.

Now, that figure stands at 11,397, marking a fourth consecutive month where the Department of Housing’s figures increased to record levels.

The council has a target of 700 new build Housing For All social homes for next year.

“Our pipeline currently projects in excess of this target with delivery number of approximately 765 homes,” the council said.

“In addition to new build homes in 2022 approximately 50 new leases will be completed by year end to house applicants on our waiting lists and projected new leases for 2023 are estimated at 133.”

Housing stock is being added to in the council through its build/acquisition programme, Part V, and collaboration with Approved Housing Bodies with additional housing options provided through the leasing, Rental Accommodation Scheme and Housing Assistance Payment schemes.

Up the end of November, the council had completed re-let works on vacancies arising in 169 council-owned social homes – an increase on the 139 properties re-let in all of 2021.

The cumulative average time for these properties to be re-let is 28.43 weeks.

The current vacant homes are at different stages of the re-letting process. Out of 106 vacant properties, 73 are at the “pre-works” stage.

17 properties have commenced works while there are 13 ready for allocation.