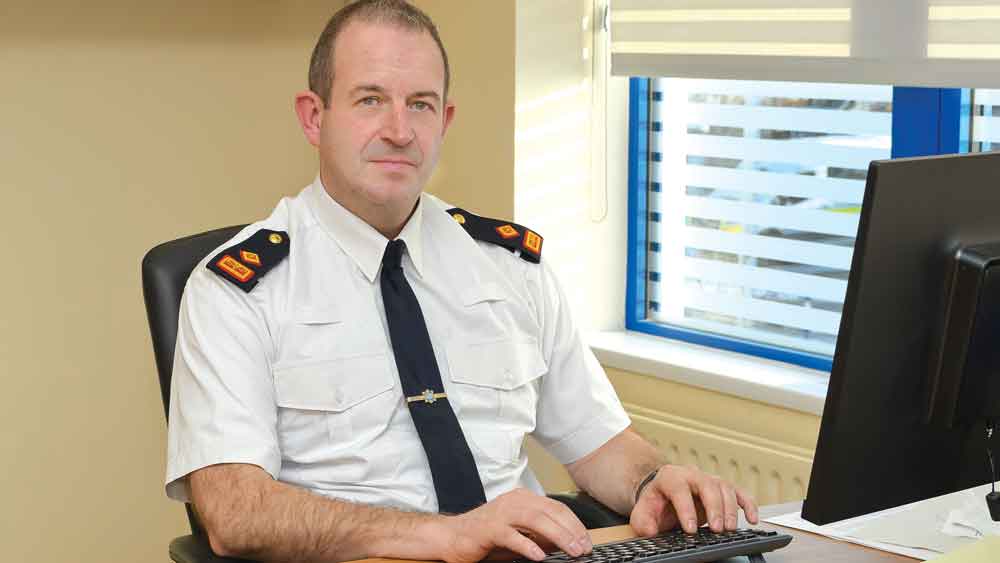 New Superintendent will focus on most vulnerable

THE newly appointed superintendent of Tallaght Garda Station said his primary focus will be keeping the community of Tallaght safe, particularly for those who are vulnerable.

Supt Tomás Gormley, who has been in An Garda Síochána for the last 26 years, said he also hopes to tackle drug-related crime and intimidation in the locality.

Now settling into his new role, this is the first time Supt Gormley has been in the role of superintendent after rising through the ranks of the guards in a number of Dublin stations.

He began his career 26 years ago in Rathmines, and in 2008 he was promoted to sergeant and served in Store Street, followed by being a community policing sergeant in Harcourt Terrace.

In 2012, Supt Gormley began working in the assistant garda commissioner’s office as a sergeant, and in 2018 he was promoted to the role of detective inspector and returned to Store Street.

Last October, Supt Gormley was appointed the superintendent of Tallaght.

Garda Station, and he said he has enjoyed his first few weeks in the role and is keen to make a difference in the community.

“I’m delighted to be here,” he told The Echo.

“I have a great team and I’ve been at a number of community engagements in the area.

“There’s a very strong community in the Tallaght district and there are some very hardworking people who are eager to engage with us.”

When asked what his priorities will be in his new role, Supt Gormley said there will be a focus on increasing safety in the area and dealing with drug-related offences.

“With our policing priorities in mind, protecting and supporting victims and the vulnerable is our number one priority,” said Supt Gormley.

“I went to a Tallaght Drug and Alcohol Task Force meeting [in December], and I would’ve been involved with drug projects in the north inner city when I worked in Store Street.

“So, with drug-related crime and intimidation, I would have experience in that field and it’s something that I would prioritise here.”

Working together with the gardaí in his charge will also be a central part of Supt Gormley’s work, and he’s committed to supporting the development of their careers.

“We have a very diverse team with very experienced members here,” he said.

“I’m all for empowering them and developing them as they gain the required experience from more senior members, and I’ll give them every opportunity to specialise.

“I hope this will be a productive time for me and the team, and keeping the local community safe will be at the top of the list of our priorities.”