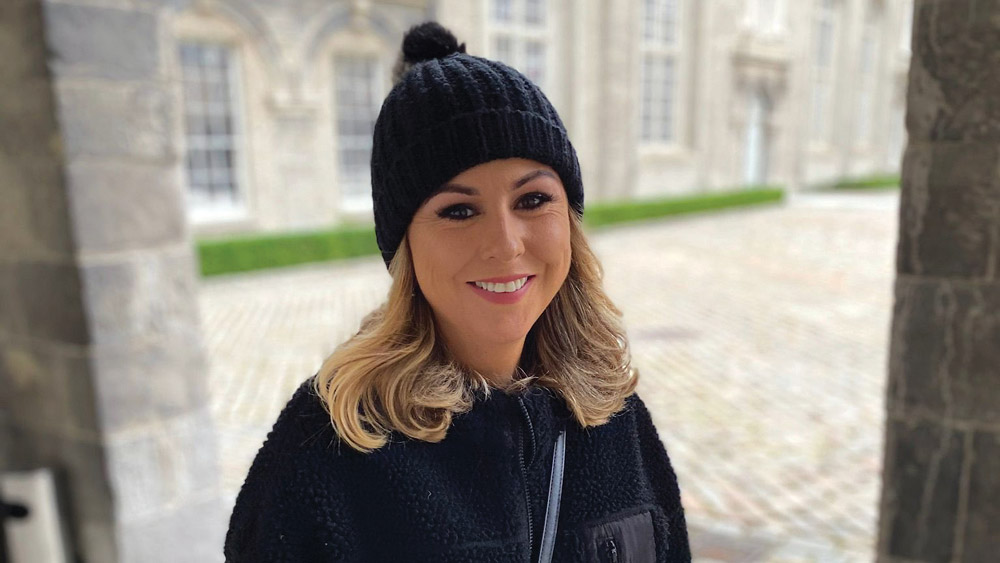 Ciara Barry was a woman who valued her life

Nurse Ciara ‘appreciated and valued every moment of her life’

YOUNG Tallaght University Hospital nurse Ciara Barry, who died last month aged 37 after being diagnosed with an aggressive form of blood cancer, has been remembered as a woman who “valued her life and appreciated every moment”.

The Rathfarnham native faced several health battles during her life, having been diagnosed with Hodgkin’s Lymphoma three times: twice as a teenager and once in her twenties.

Ciara, who lived in Drimnagh with her husband, Paddy, found out about a clinical trial for an immunotherapy called Car T-cell therapy at the Moffitt Cancer Centre in Tampa, Florida.

The cost of the trial was €500,000, which led Ciara’s siblings to set up a GoFundMe last April, raising over €300k in the process, and allowing their sister to commence the immunotherapy last June.

However, after undergoing the clinical trial Ciara’s condition continued to deteriorate, and she passed away in the Moffitt Cancer Centre on August 13, surrounded by her family.

“It’s just really hard to come to terms with, and hard to believe. The last few months had been extremely physically tough on Ciara.

“She tried to be as positive as possible, but those who were with her for the entirety of her treatment in Florida would’ve been looking after her 24/7.

“She was in a very bad state, she suffered huge problems and was in an awful lot of pain and discomfort but, despite all that, she did amazingly.

“She really fought an awful lot, but despite everything we’re really glad that she left no stone unturned and explored every avenue.

“In her last week, we were all over there in Florida with her, and we feel very grateful to have had that time with her in the ICU.”

Ciara is fondly remembered by all of her family, especially her nieces and nephews, who Claire said viewed Ciara as being like a second mother to them.

The young woman’s upbeat personality and appreciation for her short life has had a lasting impact on those around her, even as they struggle with her loss.

“She was so full of life,” said Claire. “If we can take anything away from it, even in our grief, it’s that Ciara would’ve loved everyone to live their life and really appreciate it.

“Even when she had those years in between being unwell, she was always vocal about seizing the day.

“She really valued her life and appreciated every moment. She’d want to know that people would value their life, make the most of it and appreciate every day they have.”

Ciara reposed at her family home in Rathfarnham on Friday, September 2, before removal to the Church of the Holy Spirit, Ballyroan, on Saturday for Requiem Mass.

Donations, if desired, can be made to teenage cancer support group CanTeen Ireland, which supported Ciara when she was a teenager, HERE.