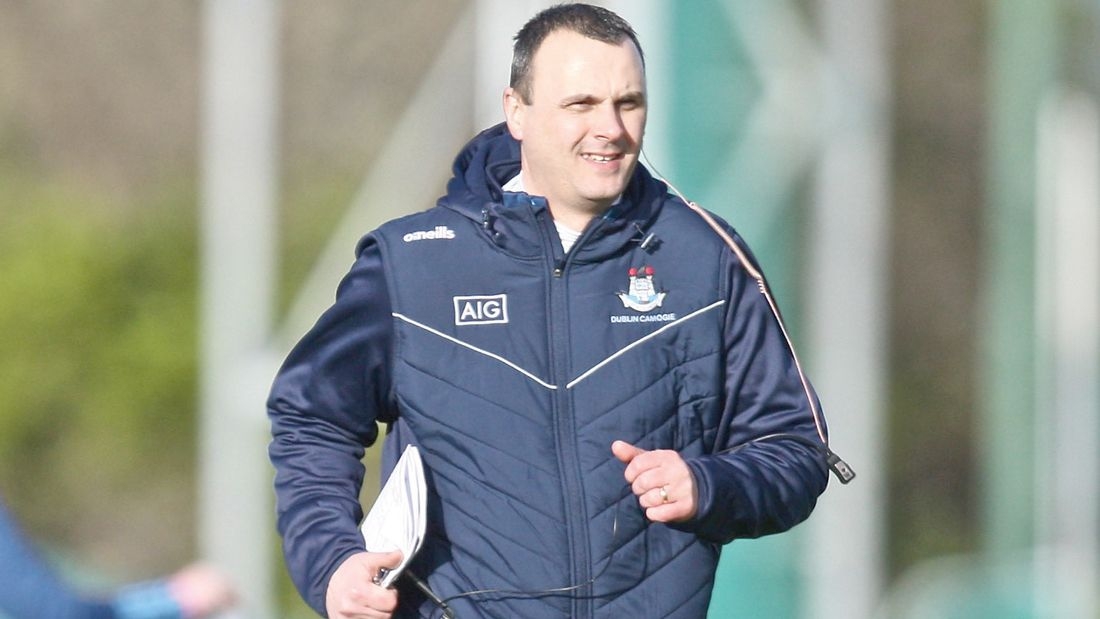 DUBLIN Minor Camogie team boss John O’Connell is among the many inter-county managers at that level who have called for the Camogie Association to reconsider scrapping the All-Ireland Minor Camogie Championship.

The Lucan Sarsfields clubman voiced his disappointment with the decision to cancel this year’s competition especially in light of the fact that the Adult and Under 16 competitions have still been scheduled to run between October and December.

And given that the Minor Championship already had two rounds of the group phase completed before the COVID-19 lockdown, O’Connell firmly believes that the competition can be run parallel to the adult equivalent.

“From my side, I’m hugely disappointed by the cancellation of the Minor Championship” O’Connell told The Echo.

“I’m disappointed for the Dublin girls, for this championship squad, all of whom are frustrated and shocked by the decision.

“We’re all under no illusions that this is a very different year, but we feel that this championship can still be facilitated.

“This is a national championship, a primary competition and I suppose the key point is that this is the first championship of the year.

“It started back in February and we were already two rounds into it. The structure of it is two groups of six and five from which the top two progress to the semi final. So looking at it logically, there were only another five rounds of matches left to play in total.

“The Camogie Association have said that they’re not going to be back playing competitive games until mid-October and they hope to have the competitions finished by the end of December.

“They’re continuing with the Adult and Under 16 Championships and we have absolutely no issue with those championships being played, but we feel the Minor Championship can be run in tandem with them.

“I’ve been speaking to other managers around the country and we’re pretty much all aligned in that belief.”

O’Connell had seen his side make a very promising start to their championship campaign with two victories from as many outings against Cork and Laois.

A spokesperson for the Camogie Association did explain their reasoning behind their decision to scrap the championship, saying in a statement “Unfortunately due to the disruptions to this year’s calendar as a result of the COVID-19 pandemic, the difficult decision was ultimately made to cancel the All-Ireland stages of the 2020 Minor Championships – Provincial Minor Championships however will take place.

“The focus at a national level has been to provide a programme of games to all members, across all levels of the Association as best as possible in 2020.

This has required many competitions to be altered and unfortunately several competitions cannot to be completed in 2020.

“Given the limited timeframe in which to run competitions at all levels in the remainder of 2020, it is not possible to run this year’s All-Ireland Minor Championships outside of Provincial level particularly given the crossover of many minor teams with adult intercounty teams which would also be occurring during the intercounty window.”

A selector and coach with the Dublin Senior Camogie panel before taking charge of the county’s Minors this year, O’Connell does not believe the crossover of players to be a major issue for counties and has dismissed the value of provincial championships given that those competitions have already been completed in Munster and Ulster.

What’s more, he insists that there are more serious issues arising from the championship cancellation than just the loss of the competition itself.

“This is about developing the girls for adult level” he stressed. “We know player retention is a big issue in women’s sport. We had the whole 20×20 campaign to get them involved and keep them involved and this is certainly not the best advert for that.

“The Minor Championship is the pinnacle of underage competition. The players had been training for this from last year and some of them may never get the opportunity to wear the Dublin jersey again” he pointed out.

Certainly there is no shortage of local interest on the Dublin Minor Camogie team with clubs like St Jude’s, Lucan Sarsfields, Good Counsel, Ballyboden, Ballinteer and Faughs Celtic all represented among its ranks.