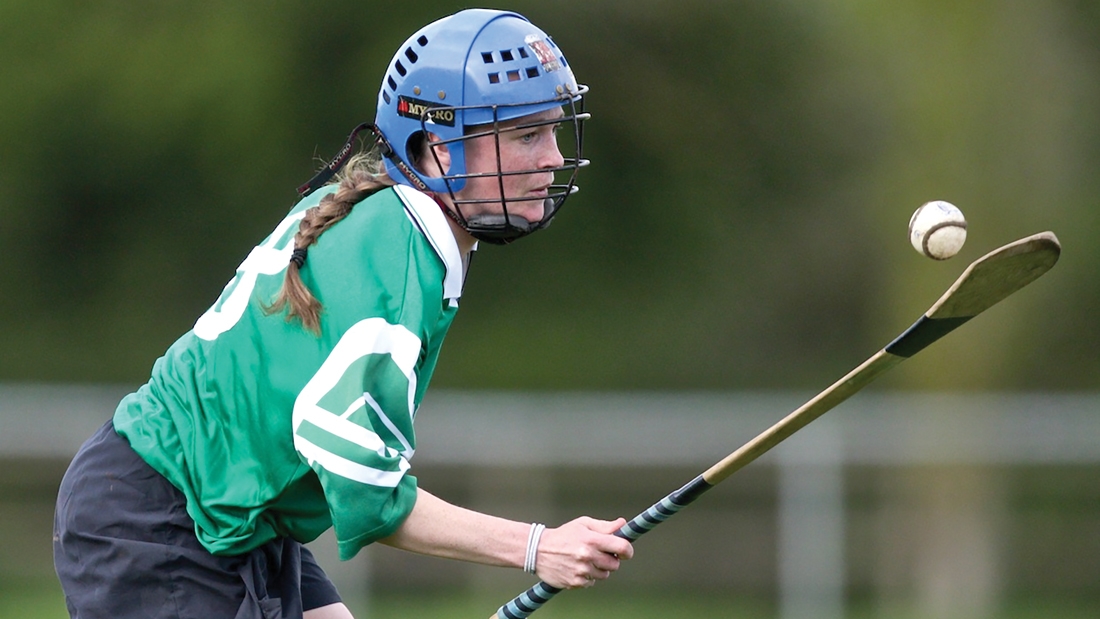 LUCAN Sarsfields’ Senior A Camogie team have lost the services of two true stalwarts in Emer Keenan and Audrey Murtagh.

The two experienced campaigners have decided to call time on their club careers, in this code at least, having played their part in what was a pivotal era for Lucan.

Indeed, having risen from the Junior B ranks up to Senior B, the club finally made the breakthrough into the top tier of county camogie when they completed a league and championship double in 2011.

Recalling that accomplishment by the team, Murtagh said “It was a highlight because of what it meant to all at the club.

“The seeds of that achievement were planted a few years before by other club people who always felt we could do it. I suppose it took a while for us players to really believe that we can be up there at the top competing with the big guns.”

Keenan who, the year before, was made club captain- a post she held until 2012- admits the decision to walk away from the sport was very difficult.

“It does feel like the end of an era” she told The Echo. “Camogie has been such a massive part of my life for the past 20 odd years.

“Taking the decision to stop playing was very tough, but it was the right one I feel and now I just have to find my spot on the sideline to cheer the girls on.

“It will be weird for the first few games, the first season probably, but they’re a great bunch of girls and it will be nice to be able to take a step back and watch them play.”

It was a second parting from the sport for Keenan who had hung up her inter-county boots having captained Dublin to the All-Ireland Premier Junior crown in 2018.

That victory over Kerry in the decider helped serve to exorcise the pain of having just missed out on the title the previous year when they lost to Westmeath in that final.

Recalling that feat Keenan said “It was nice to get back and be able to right the wrongs of the season before.

“Westmeath were definitely the better team on the day and they deserved to win, but we felt we had left something there so it was nice to be able to come back and get over the line this time.

“We had got to the Leinster Final in 2018 and I picked up a knee injury that kept me out for about three and half months and I only got back for about two weeks training before the All-Ireland.

Yet for Keenan, she will be taking a lot more than honours and medals away from her time in club and county camogie.

“It’s not so much about the winning and losing, it’s about the great memories and the lifelong friendships that you make. That’s the really important thing” she stressed.

Murtagh is of the same mind, telling The Echo “It’s incredible. I get emotional about it sometimes. Teams have changed throughout my time there, and there are some special teams that I’ll always remember, but you always make new friends and I have some lifelong friendships from it all.

“I just want to thank all the coaches, mentors, sandwich-makers, everyone at the club. So much work goes on behind the scenes that makes the club as strong as it is.”

Now the two players are preparing for life supporting the team from the sideline, with Keenan saying “There were so many people who gave us a lot of time coming up through the underage ranks, a lot of people giving us those words of wisdom, so I think it’s very important for us to give something back.

Murtagh, who believes the team will eventually make it over the line in their pursuit of the Senior A crown, said “It [the title] is there for the taking. I’m just sorry that I won’t be able to be a part of it, but I’ll be there cheering them on from the sideline.”

NEWER POSTO’Connell hugely disappointed with c’ship cancellation
OLDER POSTEcho Sport Replay: McGrath and the long road to the reign of the Jackies