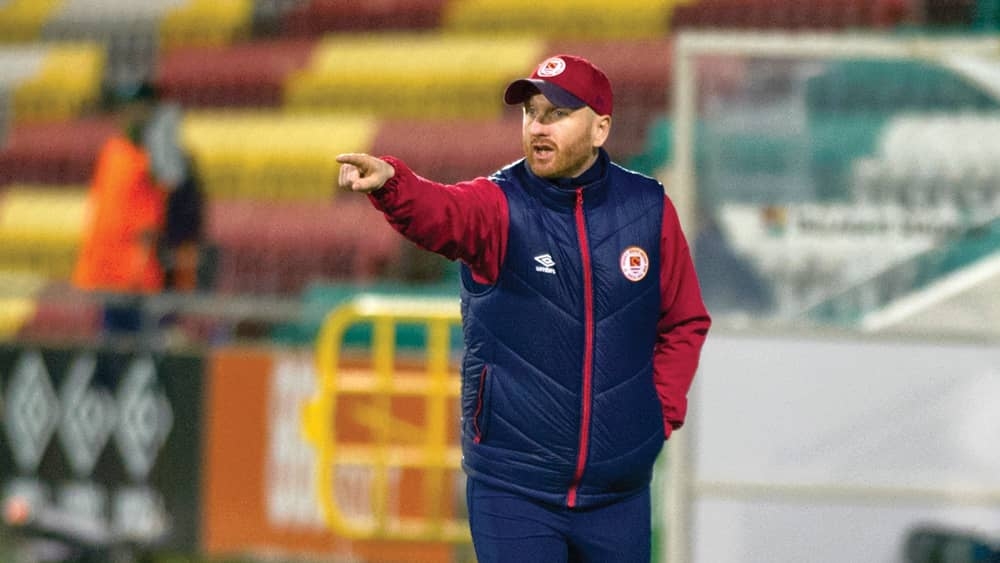 O’Donnell not taking lightly the threat posed by Derry

Following last Saturday’s 1-0 triumph over Bohemians, the Saints have collected seven points from three games thus far in the top-flight. In stark contrast, the Candystripes have suffered defeat at the hands of Longford Town and Waterford in their opening two games, but O’Donnell feels the latter reversal was not a true reflection of the performance delivered by Derry.

“Results can mask a lot of what's good and bad about performance. Everything seems to be brilliant when you get a few wins and disastrous if you have a couple of defeats. It's never like that, you treat each performance on its merits,” O’Donnell said in advance of tomorrow’s game.

“Happy with the start and still loads and loads to improve on. We're in no position to be complacent. Watched the game against Waterford, they [Derry] were by far the most dominant team possession and chances wise.

“We’re under no illusions, it’s going to be a very tough game. We’re going to have to play well to get anything from the game.”

Indeed, O’Donnell is doing his best to downplay the prospect of a Pat’s title charge. Having recorded just five wins in 18 league games last year, his main target for the time being is on enhancing the performances and results that were on show in 2020.

“We just want to train well and play well every week. That’s our mentality. It sounds boring, but that’s what it is. We’re not going to make any fancy predictions. We know if we don’t perform well, we’ll get turned over. But we also know if we perform to our capabilities we can be very competitive.”

At present, Pat’s are one of three teams on seven points towards the summit of the table – Finn Harps and Sligo Rovers being the others. Champions Shamrock Rovers are three points adrift of that tally with a game in hand and the early run of results suggests to O’Donnell it could be an open league this season.

“It looks that way. I thought in pre-season it had a bit of an open feel. There’s a lot of unknowns. I do think on any given week, any team can beat one another,” the six-time league winner added.

“You have to be at it every week. I think that open feel might last longer than people expect so you’ve an intriguing round of fixtures every weekend.”