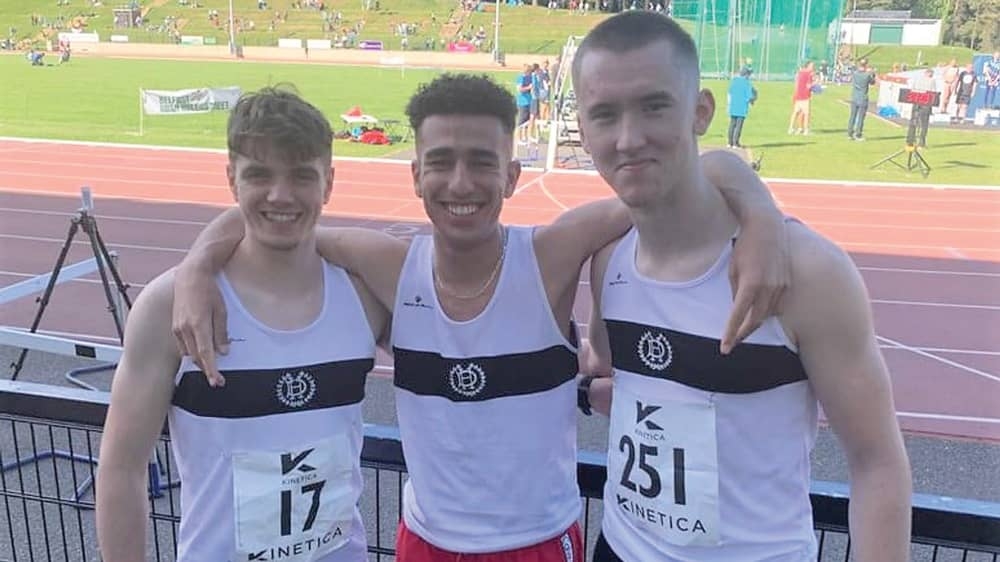 THERE were new personal bests for Donore Harriers athletes Louis O’Loughlin and Jack Raftery at the Irish Milers Club Meet as they hit the ‘B’ standard for the European Under 23 Championships.

The meet served as another opportunity for both athletes to card the first of two B standards or the one A standard needed to make the cut for the Irish team.

O’Loughlin required a sub 1:49.00 time in the 800m for at least a B standard and the 20-year-old faced stiff competition in Belfast on Saturday in ideal conditions, but he struggled to get going after starting on the inside track.

Indeed he found himself boxed in behind the leading group of six after 200m and crossed the half way mark in 54.5.

Despite trying to claw away at the leading pack, the former Moyle Park College student ultimately crossed the line in 1:48.66.

This means that although he did not have a particularly solid race, O’Loughlin came in under the 1:49.00 standard that brings him closer to the Irish team heading to Talinn, Estonia.

Speaking after the race, Gerry Naughton said: “Louis needs to be sharper. He also needs to gain more experience competing against senior athletes.

“The positive is that he knocked more than a second of his personal best.”

Having battled back from injury for the meet in Belfast, he set a new PB to finish inside the European B standard of 47.60.

The European Under 23 Championships, which run from July 8-11, were initially supposed to be held in Bergen in Norway, but due to ongoing COVID-19 related restrictions, they have been relocated to Talinn.

Aoife Lynch was also in action in the 200m A event and she maintained her recent good form to reach the podium.

Crossing the line in 24.40, the 21-year-old came in just behind her training partner Kate Doherty of Dundrum South Dublin AC in second.

Seventeen-year-old Abdel Laadjel knocked a full minute off his previous PB in the 5000m A race to cross the finish line in 14:10.36.

Out of the 14 runners in the event, Laadjel came home in sixth and well inside the desired standard for the World and European Under 20 Championships.