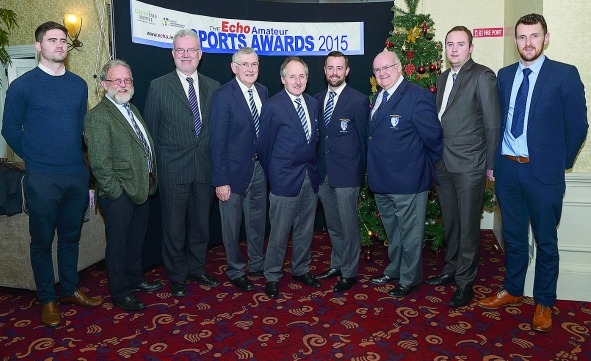 THIS year’s ‘Echo Sports Volunteer of the Year’ Award went the way of Deputy Principal of St Mary's NS in Rathfarnham Edward O’Riordan.

Hailing from Listowel, Co. Kerry, Edward joined St Mary’s in 1979 and began coaching with the schools football and hurling teams two years later right up to 2005.

As his second term comes to an end and he hands over the reins to David Gough from Meath, he will be remembered for his outstanding contribution to overseeing the enormous growth of an organisation that started with just six city schools participating in Gaelic sport.

Some 317 schools played in the most recent football leagues with impressive growth also evident in hurling, camogie and Go Games leagues throughout the city and county.

“While I may be at the helm, I’m just part of a team. It’s all the other bits and pieces, when you put them together that make it work.

“I’m very pleased with the development of Cumann na mBunscol. It’s all about the participation, not the winning so much” he stressed.

Edward has also taken a keen interest in the enormous athletics programme run over six days in Morton Stadium, Santry in June each year.

The yearly football and hurling finals in Croke Park, the annual friendly exchange with Belfast – which has been going on since 1929 – are other areas of Cumann na mBunscol activity in which Edward has taken a huge interest in promoting and developing during his tenure as Cathaoirleach.

His voluntary contribution in all these areas has been enormous and he has been tireless in his efforts to improve and develop these and other initiatives.

Cumann na mBunscol, like many organisations in Ireland, owes its extraordinary growth and success to the unselfish, voluntary input of hundreds of volunteers.

Edward epitomizes this voluntary spirit and unselfish commitment. His passion, initiative and leadership in the promotion and development of Gaelic games in the capital city has been an inspiration to others.