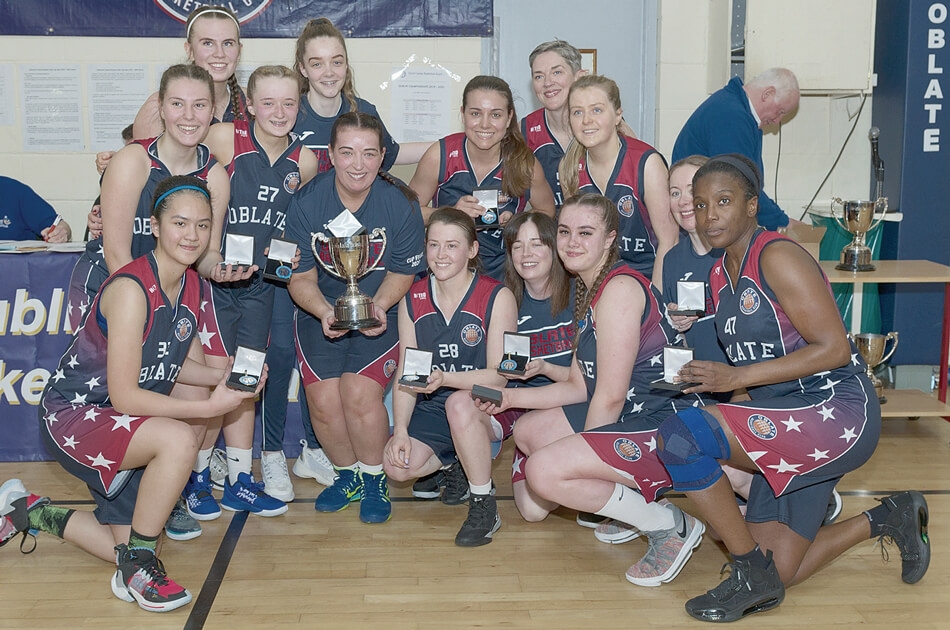 Try as they might, the Tallaght side found it difficult to recover from a slow opening quarter and consequently went down 43-31 in what was their first appearance in the county showpiece.

Indeed Oblate raced into a 17-2 point advantage by the close of the first period with Abbie Looney controlling the tempo of the game and using the fast break very well.

Springfield, who were feeling the absence of the injured Gemma Walsh and could only field Sinead Dempsey in patches as a result of some untimely knee trouble, did their best to keep pace with their opponents.

Yet with Aisling Gelston and Patricia Baratu dominating the boards both offensively and defensively, Oblate were able to push their advantage out to 18 by the halftime break.

And they continued to keep their Tallaght oppoents at bay throughout the second half as Baratu and Elizabeth Dunne pulled offensive rebounds and banked some important scores while Triona Taaffe and Amy Freeman also got in on the scoring act.

Springfield on Sunday in the Oblate Hall in Inchicore

For Springfield, Teresa Kelly, Sarah Hickey and Suzanne Kenny all proved a threat, while Mary Prendergast helped create a number of chances and Sintija Kalnina turned a big shift defensively.

Yet even their efforts could not see Springfield reel in their opponents who ran out comfortable winners in the end.

The final marked the third meeting of these two sides this season with both having recorded a win apiece in the lead-up to the decider and Springfield still pushing for a Top Four finish.