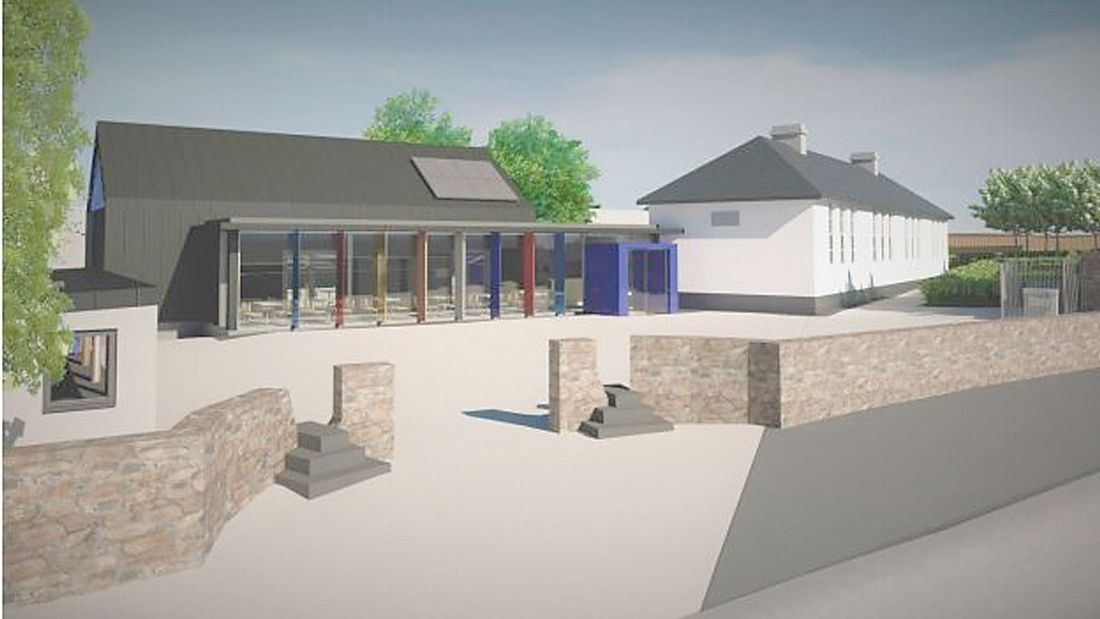 Old School to be transformed into community centre

RENOVATION works to transform the old St Marys National School in Saggart to a community centre and civic space, was greenlit at the South Dublin County Council meeting on Monday June 8.

Works by the council include the conservation, restoration and renovation of the school, which is unoccupied since 2014 and a Protected Structure.

Plans include construction of a new single storey multi-function hall at a site located on Slade Castle Walk at the southern end of Saggart Village.

According to a report by Daniel McLoughlin, SDCC Chief Executive, when the council purchased the school building, they identified the opportunity to save an “important part of the heritage of Saggart” and “link it” with the growing village community.

A new glazed entrance/ reception/ youth café area will form the face of the community centre and make the transition between “new and old”.

A number of submissions were received by the council during the public consultation period of February 21 to April 6, including one from the Board of Management of Saggart School House Community Centre.

The Board welcomed a “well-blended mixture of traditional with modern” for the proposed centre, to facilitate a “wide range of service users”.

“However, the absence of adequate parking, in our opinion, will diminish significantly the potential success of the community centre,” said the Board.

The Board cited poor existing parking facilities within Saggart Village and loss of spaces due to new Village Plaza upgrade works and a development of 29 units on the former Maxol site.

According to the Board, residents of this development use ground level parking, not the underground carpark which has reports of anti-social behavior. In response, the council state the centre has been designed to “engage directly with the village and to prioritise people over cars in line with criteria set out in the current Development Plan.”

“In this regard, a car-free space is proposed at the entrance to the proposed community centre for safe access and for use by the public.”

A review undertaken by the council’s Architectural Services increased the number of parking spaces to 10.

A subsequent review at the request of the Community Development team further increased this to 14 spaces by encroaching partially on the proposed play space area.

Separate to this Part 8 process, the council, in conjunction with the local community and the Board of Management, will seek to examine the potential for further parking enhancement in the local area.