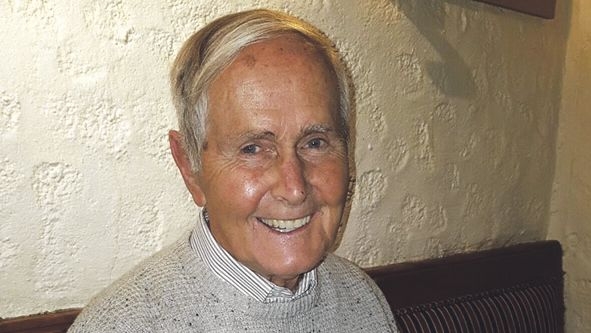 Oliver planted a memory in all of those who knew him

UNABLE to see their beloved father during the last three weeks of his life, a Cherry Orchard family “realise how hard it has been for thousands of others” facing similar circumstances.

Oliver Allen (87), passed away on May 27 in St James Hospital. His health deteriorated in November and he was admitted to hospital on May 6.

Tributes have poured in this week in honour of Mr Allen, who spent 50 years working in the cinema industry and in later life, he worked for St Mary’s Home for the Blind under the Sisters of Charity.

“They were of strong catholic faith. He always endeared himself for the goodness of others and planted a memory in all of those who knew him,” said Pádraig Allen.

Pádraig, who works for St John’s Ambulance and is a historian, recounted his father’s “career in the picture-houses or cinemas as we call them today.”

“Oliver spent his working life in the Grafton Cinema, and the Astor cinema on Eden Quay. He began as an usher and worked his way becoming a manager.

In the 1950’s Dublin had over 60 cinemas and it was the way for people to socialise and escape the family home, long before technology.

“Oliver enjoyed his career and met everyone with a smile. He always had time for those less fortunate, especially the poor and homeless.

As he used to say “We are all God’s children”. Dad always told us that he learned to speak six languages from working in the cinema industry and this made the experience easier for all those who met him.

Dad also knew all The Dubliners and felt great sadness and recalled stories when he heard the passing of band members.”

Oliver always encouraged his children to volunteer and his two sons have given a combined service of almost 50 years through St John’s Ambulance.

“As children, we always enjoyed going to the cinema for free as Dad was still known all these years later. While in the city we were always amazed at how many people knew my father,” said Pádraig.

“Dad passed on his faith to us and as children he and my mam would bring us to church in Cherry Orchard and later the Assumption. He lived a very simple life and always believed in enjoying it in moderation.

“My mam Mary, looked after and cared for him up until he was admitted to St James’ Hospital on May 6.

Due to the measures in place the pandemic prevented us from visiting dad in his final few weeks and it made us realise how hard it has been for thousands of others who faced similar circumstances.

“We are grateful as a family that we were able to spend the last hours of our father’s life praying at his bedside. We would love to thank all the staff of St James’ Hospital.”

The family have been “overwhelmed” with messages of support from people during the last week.