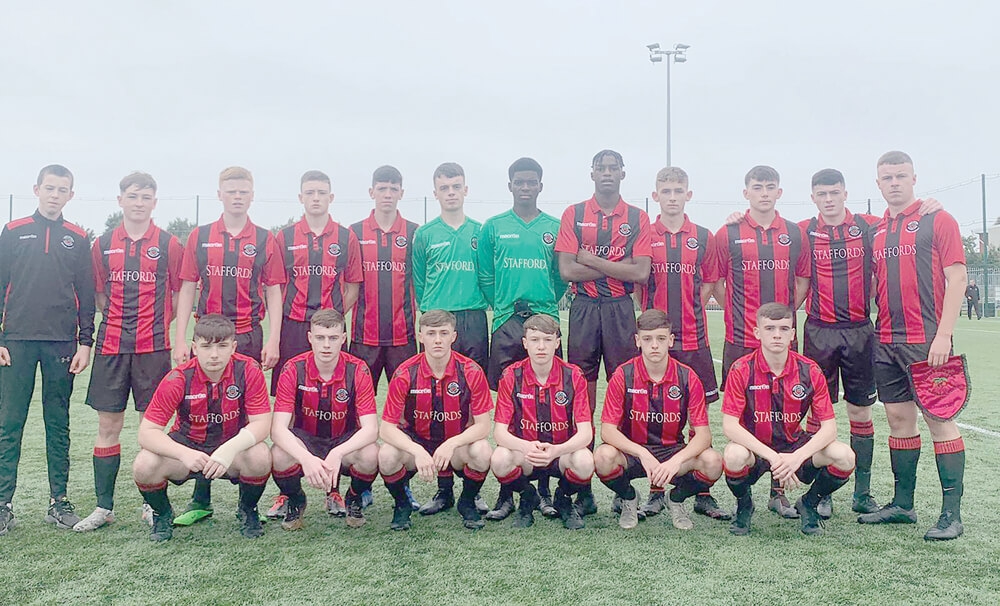 Orchard Under 16s through to All-Ireland Cup decider

CHERRY Orchard saw their Under 16’s qualify for the SFAI All-Ireland Skechers Cup Final after defeating Villa FC 2-0 in Elmdale on Sunday.

Goals by Onesime Tembe and Conor Ryder in the second half proved enough to see the team over this hurdle.

The victory now means they will face off against either Carrigaline United from Cork or Shannon Town from Clare in the decider at the end of the month.

It is a great achievement for the Ballyfermot side who were among teams from 20 clubs around the country facing the stark possibility of seeing their All-Ireland Cup campaigns scrapped as a result of the COVID-19 crises.

Yet the governing body SFAI listened to the appeals of the clubs and opted to reverse their decision and proceed with the competitions.

“I can’t give the lads enough credit for what they’ve done during the lockdown” said Orchard manager Nigel Brothers.

“Not having an end goal and not knowing if there was anything to play for, the players still looked after their fitness individually.

“Once we got back into training, still without knowing if the season would return, the team applied themselves and their work ethic was second to none”.

Looking ahead to the upcoming final, Brothers said “We’ll be confident in our own abilities, but at the same time, when you don’t know much about the opposition it makes you a little more cautious.

“It’s a finals game and we all know that football is a very funny game and results can always go either way, so we’ll always be somewhat cautious coming into the match and be sure to not get complacent” he added.

On another note the Orchard Under 13s saw their All-Ireland Cup run come to an end after they suffered a heartbreaking loss on penalties to Willow Park FC from Athlone after their clash had finished deadlocked at two goals apiece.

Orchard Under 15s are, meanwhile, eagerly awaiting the result of the upcoming St Francis v St Mochtas clash to see whom they will face in the penultimate rounds of the competition.