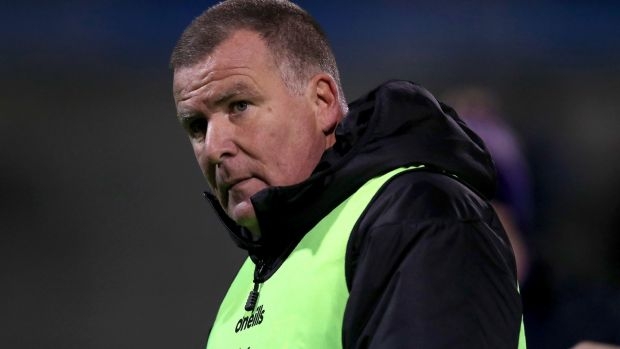 Kelly steps down after seven-year run with Davis

PAUL Kelly has stepped down as manager of Thomas Davis Senior Football team after their championship run came to an end against Ballymun last Saturday.

The Tallaght side suffered a 3-15 to 0-8 defeat at the hands of the northsiders in Saturday's Dublin Senior Football Championship Group One clash in Parnell Park.

Championship finalists last season, Davis were unable to prevent the 'Mun joining Skerries Harps in progressing from the group and into the last eight of this season's competition.

Just two points separated the sides at the halftime break, but Ballymun hit the turbo button soon after, firing home a goal and ten points while Davis could muster up only another two Davy Keogh points in the second period.

Despite a disappointing run in this year’s campaign, this Davis team has made massive progress under Kelly’s tenure.

Indeed he led them to the Senior Two Championship crown in 2018 before helping guide them all the way to the Senior One Championship decider last season when they eventually came undone against near neighbours Ballyboden St Enda’s.

But, while he did enjoy no shortage of success with the team, Kelly always felt that 2020 would be his last hoorah.

“I stayed on after last year after a few of the older lads had agreed to stay on and there was the addition of some young players” he explained.

“I said I’d have one last go because there was a nice mix of lads there, but I always had it in my mind that this would be my last season with them.

“We had a good Challenge Series before the start of the Championship this year, but between the last Challenge game against Cuala and the first round against Lusk we lost about five or six players and that really showed us that we needed a bit more depth in the squad.

“To bring that bit more depth is another two to three-year job so I felt it was better to hand it over to someone who has the energy and enthusiasm to carry that through.

“There’s a great bunch of lads there and it’s been an honour for me to have managed this team for the past seven years.

“For me the important part was improving the players and rejuvenating the team.

“A lot of the young players came through and others fell short, but I’m sure that this team can continue to progress” he insisted.