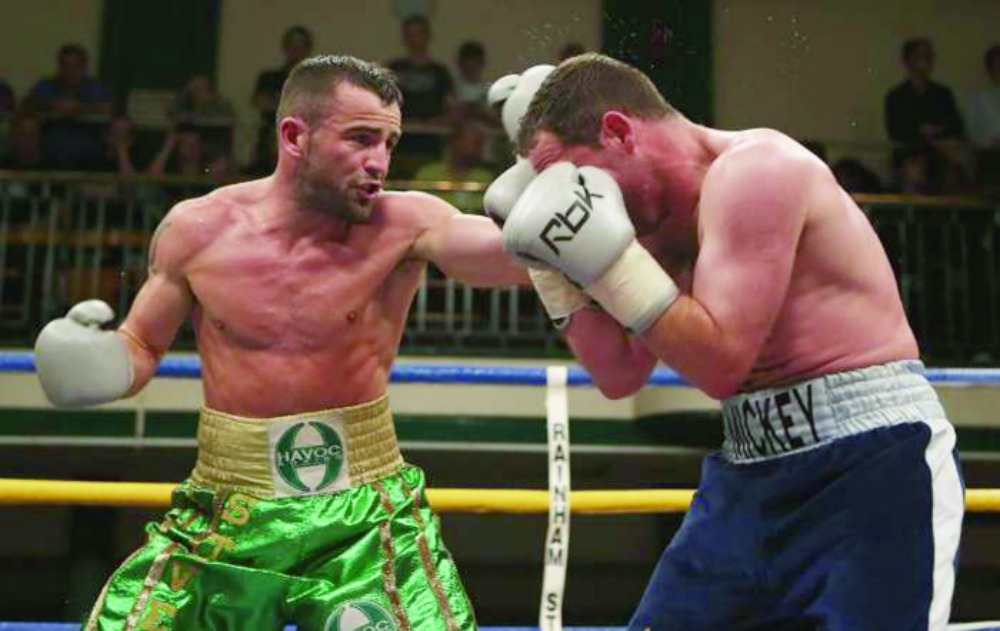 Ormond bounces back with win over Bazo

STEPHEN Ormond has bounced back strongly after his somewhat shock loss to Zoltan Szabo in Glasgow last month.

The Clondalkin light welterweight had his hands raised at the Titanic Exhibition Centre in Belfast after his opponent Daniel Bazo from the Czech Republic was forced to retire after the third round, citing a shoulder injury.

Ormond took the fight to his opponent and connected with a heavy right in the second round before inflicting more damage in the third with his body shots.

After that Bazo opted to bow out, handing Ormond the 22nd win of his professional career so far.

“I knew coming into this fight that there was a bit of pressure on me after my loss,” said Ormond.

“It wasn’t my best performance, but I’m heading in the right direction.

“I was a bit disappointed that he pulled out. He said it was his shoulder, but I just think he wanted to get out of there.

“I would have liked to do a better job on him, but at least it keeps me fresh for the next fight,” he pointed out.

Ormond hopes to get back in the ring in early December, possibly for a re-match against Szabo on whom the Dubliner is determined to exact revenge.

Having fought just 25 times in his eight years as a professional, the 33-year-old is eager to increase his activity in the ring and believes he is with the right crowd to do just that.

“MGM are bringing the best out of me. They’re keeping me active,” Ormond told The Echo.

“I was never this active before. I’d be getting fights on and off and it would be getting a bit stale. But they’re bringing the best out of me, I can feel it,” he insisted.