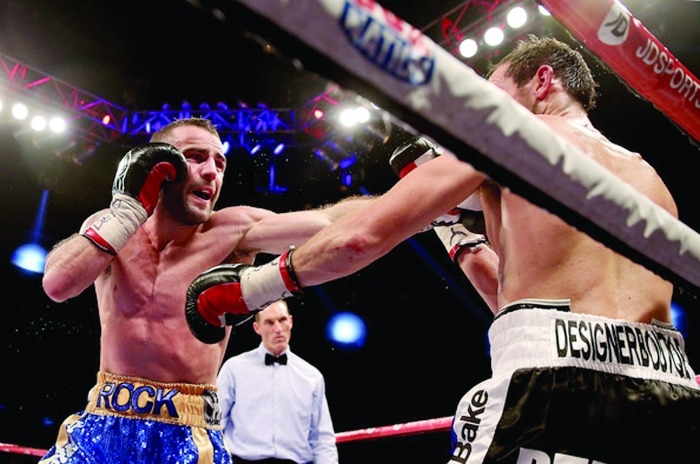 Ormond is taking no chance after hard lesson

STEPHEN Ormond insists he is focused solely on beating Daniel Bazo in this Saturday’s Boxnation show at the Titanic Exhibition Centre.

The Clondalkin man will be facing off against his Czech opponent just over a month after suffering a shock defeat at the hands of Zoltan Szabo in Scotland.

Ormond believes he has learned a valuable lesson from that loss and will not be taking his sights off the task at hand in Belfast this weekend.

“I won’t look past an opponent again” he told The Echo. “I learned my lesson from the last time. That was a bitter pill to swallow.

“He [Bazo] has two hands and he’s coming here to fight. He looks game and I’m not going to take any chances.

“I’m going to try different things in order to get the job done whatever way I can” he said.

Ormond has been in intense training in the lead up to this weekend’s show which is headlined by Jamie Conlan and will also include a number of other local boxers in the likes of Sean Turner, Philip Sutcliffe and Sean Creagh.

“I’ve been getting around” said Ormond. “I been to Spain, sparring there and then doing more back here in Celtic Warriors.
“I want to get a re-match [with Szabo] before the end of the year and do a proper job on him, but I’m just concentrating on getting this guy out of the way first” he stressed.

While Bazo’s professional record is far inferior to that of Ormond’s 21 wins and 3 losses, he will be coming into the fight off the back of his draw Dmitrij Weimer only last month.