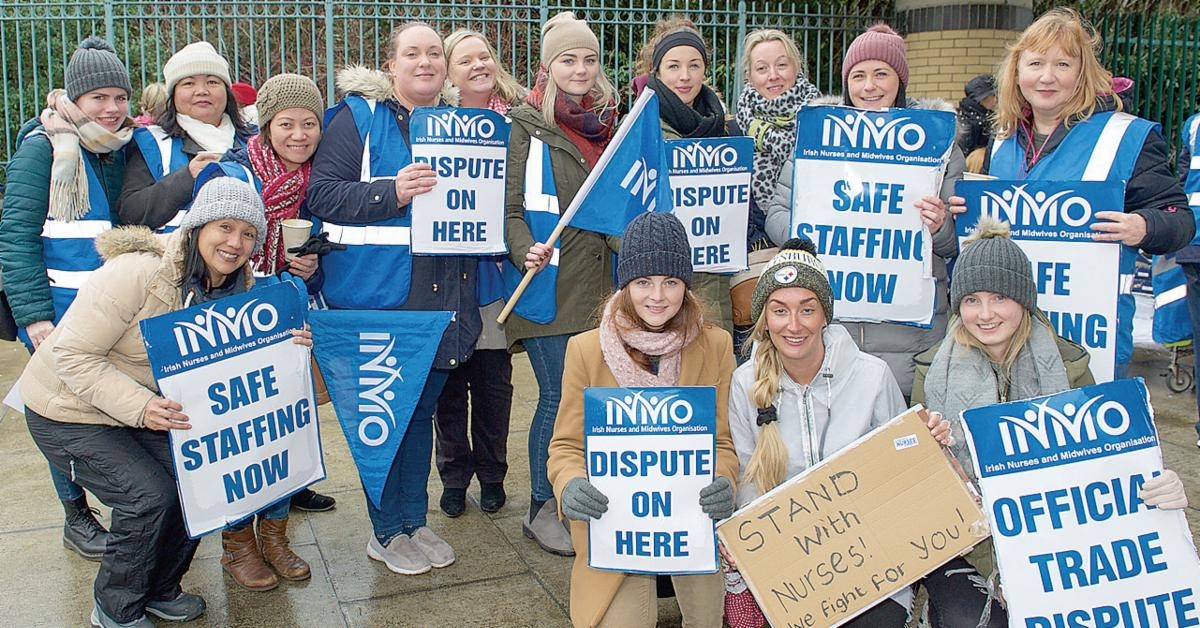 FOLLOWING a recommendation from the Labour Court, the INMO has suspended the upcoming nurses’ strikes - which included three days of industrial action this week.

In a statement released last night, the INMO (Irish Nurses and Midwives Organisation) said the Labour Court’s recommendation “makes progress across all areas of concern”, including safe staffing and addressing recruitment and retention problems.

Additionally, the recommendation includes proposals for “significant changes” to salary scale and allowances, and for increased education and training opportunities.

INMO General Secretary Phil Ní Sheaghdha said: “Safe staffing along with recruitment and retention were key concerns for us, and we have made progress on both.

“We are immensely grateful for our determined nurse and midwife members, who are standing up for our patients and our professions.

“They have at all times worked to ensure patient safety during this dispute.”

Details of the Labour Court’s recommendation will be presented to INMO members soon, where it will be subject to a ballot.

In a Facebook message to its patients and the wider community, Tallaght University Hospital confirmed last night: “As the three days of industrial action by the INMO scheduled to start [Tuesday] is now suspended, outpatient appointments for our Adult and Children’s services will go ahead as scheduled this week.

“If you had an appointment or elective procedure postponed due to the industrial action in the last two weeks staff will be in contact to rearrange your appointments.”

Speaking outside Government buildings last night, Minister for Health Simon Harris said that there has been “significant disruption” for patients but that the HSE is putting in place a “recovery plan” now that the dispute has been suspended.