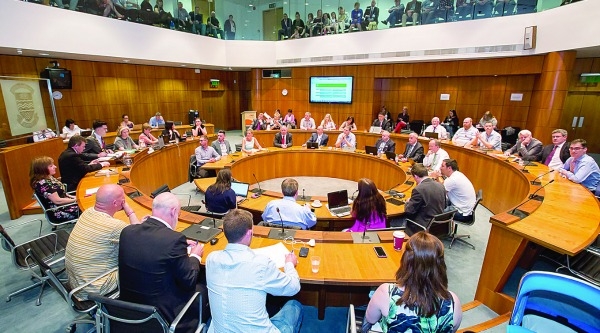 OVER €1 million was paid to the elected members of South Dublin County Council in 2015, according to annual figures recently released by the council.

An average of €25,090 was paid to councillors, covering their salary (tax deductible), their expenses accrued through attendance at meetings and seminars and an annual mobile phone allowance.

Additional allowances were also granted to the mayor and deputy mayor and the chairs of strategic policy committees and county development board to cover all expenses that occur as a result of the roles.

The highest payments were granted to Sinn Féin Mayor Sarah Holland (€38,426.91) and former Sinn Féin Mayor (now Senator) Fintan Warfield (€35,676.93) whose roles as Mayor both fell within the 2015 calendar year.

An average attendance at 35.2 meetings was collected by councillors throughout 2015 – only Fine Gael councillor Vicki Casserly, who attended 27 meetings in 2015, had an exemption during the year due to maternity leave in the month of June.

The highest attendance at meetings was Fianna Fáil’s Paul Foley, who attended 45 meetings within the calendar year.

Further details on councillors expenses and attendance during the year 2015 can be found on the S142 register at www.sdcc.ie.