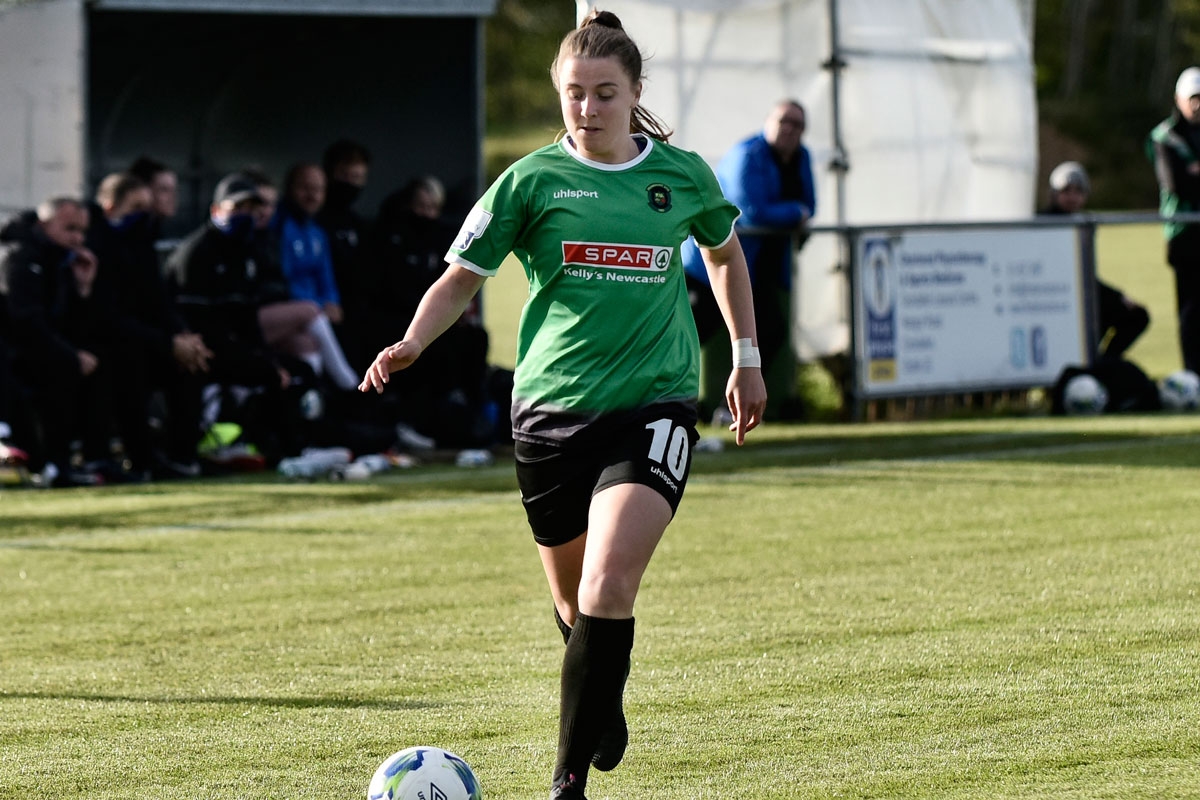 Defending champions Peamount United moved five points clear at the top of the Women’s National League table with a convincing 4-0 triumph over Galway WFC at PRL Park in Greenogue this afternoon.

The top-scorer to date in this year’s WNL, Eleanor Ryan-Doyle found the net in both halves to bring her seasonal tally up to 10 goals.

This is the third game in succession that the Lucan native has bagged a brace and in a team that is packed with attacking talent, she is currently the one to watch within the Peamount ranks.

Republic of Ireland international Claire Walsh and teenager Della Doherty (her first for the club) also rattled the net during the opening period as the Newcastle side comfortably put the westerners to the sword.

Before today, it had become an established trend for Peamount to slowly find their feet in matches before eventually turning on the style after the break. The opposite was the case on this occasion as Walsh opened the scoring on six minutes with an outstanding 25-yard strike.

The hosts continued to push forward and just shy of the half-hour mark, Aine O’Gorman picked out Ryan-Doyle for a typically assured finish. International centurion O’Gorman was also the provider for Peamount’s third on 38 minutes, when Doherty headed home powerfully off her enticing free-kick.

This propelled James O’Callaghan’s charges towards a 3-0 interval cushion and effectively placed the outcome beyond doubt.

Peamount continued to attack in waves on the resumption, but it wasn’t until the 89th-minute that their fourth of the contest arrived. When a penalty was awarded to the title holders, Ryan-Doyle had no hesitation in stepping up to the spot.

She emphatically doubled her haul for the day to leave Peamount in the perfect frame of mind for the visit of Wexford Youths to Greenogue next Saturday.