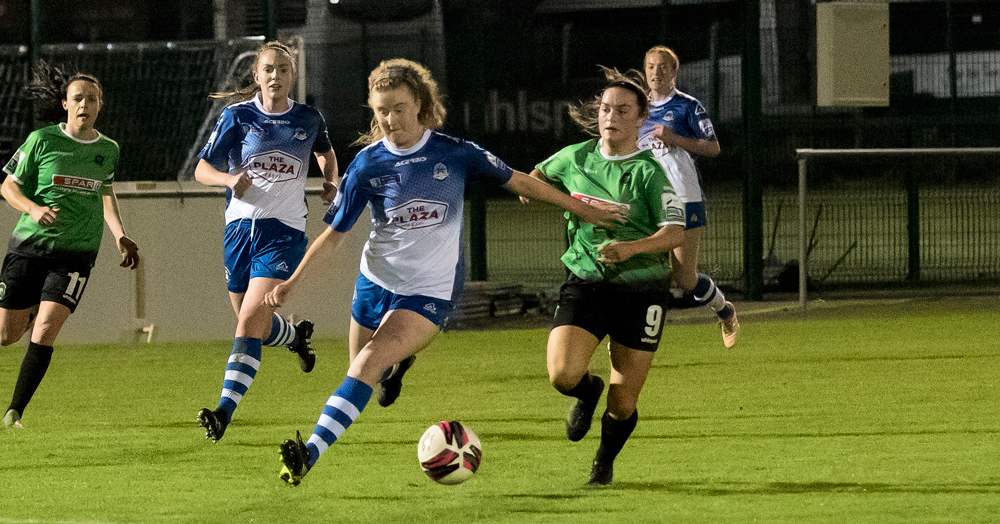 PEAMOUNT United suffered heartbreak tonight after coughing up a two-goal lead against Galway WFC to eventually lose 5-2 – a result that ultimately cost them this season’s Women’s National League title.
Indeed, challengers Shelbourne managed to leapfrog the defending champions on the final day as they defeated third-place Wexford Youths 3-2.
An early goal from Peamount skipper Aine O’Gorman put the Peas ahead in the fourth minute, the Ireland international heading home a corner from Tiegan Ruddy.
Ruddy managed to find the back of the net herself 15 minutes later, when her free kick from just beyond the halfway line was fumbled by Galway goalkeeper Leah Hayes before making its way over the goal line to put Peamount two up.
Galway’s Lynsey McKey failed to connect with a cross into the box from Elle O’Flaherty, but she was saved by Emma Starr, who picked up the rebound to get one back for her side as her shot went in off the crossbar in the 35th before McKey slotted home an equaliser five minutes later.
Shauna Brennan made it 3-2 for Galway on the hour mark with a cross into the box that found its way into the back of the net after which team mate Julie-Ann Russell added to their tally ten minutes later.
Substitute Abbie Callanan scored in the 82nd minute with a quality chip over Niamh Reid-Burke after blocking an attempted clearance just outside the Peamount box to make it 5-2, ensuring there was no way back for Peamount.