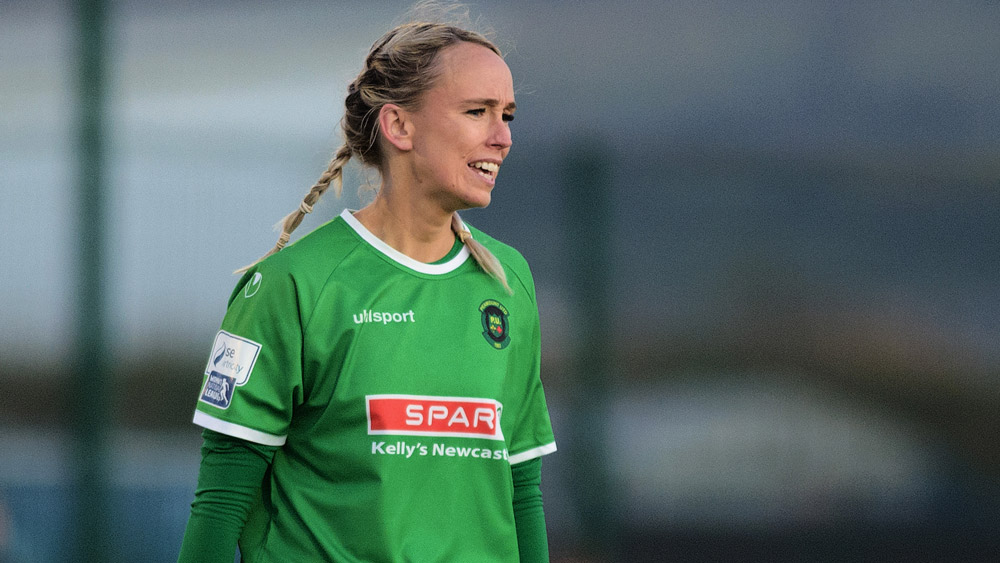 Peamount held at home by Bohemians

Despite Stephanie Roche finding the net in the second half of the contest, Peamount United were forced to settle for a 1-1 draw with Dublin rivals Bohemians at PLR Park in Greenogue this afternoon.

With Lisa Murphy breaking the deadlock in the opening period, Bohs held the upper hand either side of the interval. The hosts eventually replied, but couldn’t muster a winning goal in a tense conclusion at the Newcastle venue.

Having registered a 8-1 win over Cork City last weekend, this may well be viewed as a missed opportunity for James O’Callaghan’s charges. Nevertheless, it is still early in the season and there will more than likely be plenty of points dropped in the race for WNL supremacy.

It had been an even start to the action with neither side necessarily cutting loose in attack.

They were underdogs coming into the game, but the Gypsies subsequently took the lead when Murphy’s looping header drifted beyond the reach of Niamh Reid-Burke.

Peamount suffered a further set-back when Dora Gorman was withdrawn through injury in the closing stages of the first half.

Sadhbh Doyle did go close just before the interval, but the Peas ultimately went into the second period a goal adrift.

As expected, the home team emerged from the dressing rooms full of intent and Roche was desperately unfortunate to see her free-kick on 55 minutes rebound off the crossbar.

Yet the Republic of Ireland international had another opportunity from a set-piece after she was upended inside the box just past the hour mark.

She negotiated the spot kick herself and displayed great composure to slot home from 12 yards. This raised the prospect of a grandstand finish from Peamount, but Bohs remained resolute and dogged throughout.

Karen Duggan fired marginally wide in the dying moments as the two teams remained inseparable in the end.

NEWER POSTMatch of the Week: Firhouse spot on in Deering Cup epic
OLDER POSTMarch Team of the Month: Éanna Men’s Under 18 Basketball Team