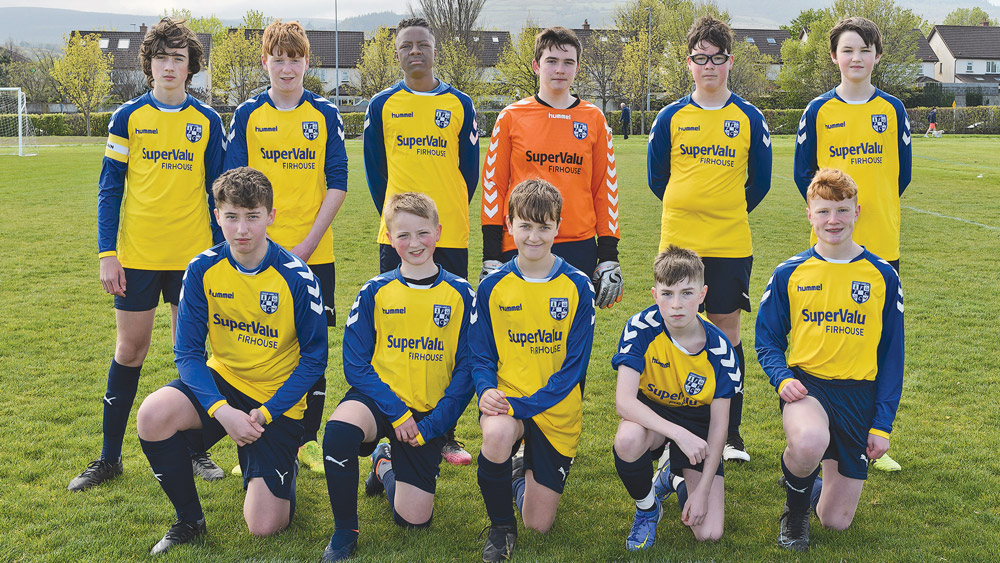 Match of the Week: Firhouse spot on in Deering Cup epic

A PENALTY shootout was required to separate near neighbours, Firhouse Carmel and Templeogue United when they clashed in the Under 14 Paisley Deering Cup quarter finals at Firhouse Community College – the homeside eventually emerging 4-2 winners reports Eoin Gardiner.

A volley in the dying embers from Firhouse’s Oran Lougheed, made it 3-3 and forced the game into extra time, during which each team served up another score.

Jaden Muwaniri converted a penalty for Firhouse after Jacob Collery had been upended in the box before Templeogue’s Alex McCurtin smashed the ball into the bottom left with only seven minutes remaining to effectively take the game to a shootout.

It was Firhouse who were first off the mark in this epic tie, taking the lead 14 minutes in when, after receiving a through-ball from Darragh McPhillips, Collery struck with power from the edge of the box. 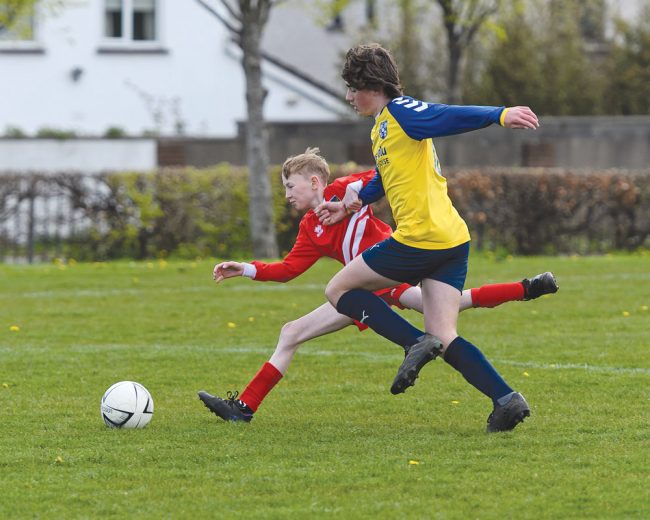 And the same player was on target again just before the half hour mark, when a long-range effort from McPhillips rattled off the crossbar and fell kindly for Collery to tap home and double his side’s lead.

Templeogue finally opened their own account just after the half-time break when Reece Kane attempted a lob over goalkeeper, Jack Farrelly, and although the Firhouse shot-stopper managed to get a touch on the ball, it was not enough to prevent it bouncing into the net.

Five minutes later, a strike on goal was blocked on the edge of the Firhouse box, only for Templeogue’s Alex Comerford to scoop up the rebound and equalise for the visitors.

Templeogue then edged ahead for the first time in the tie, when a delivery in was inadvertently steered home for an own goal in the 53rd minute.

Firhouse continued to carve out the vast majority of goalscoring opportunities, the best of which saw Sullivan almost place the ball into the top right, only for Templeogue goalkeeper, Roman Terzioska to push his effort away for a corner.

A minute later, Collery went close to completing his hat-trick with an effort from the edge of the box that ran just the wrong side of the upright after which his cross found the head of Ben Morgan only for that attempt to sail wide of the mark. 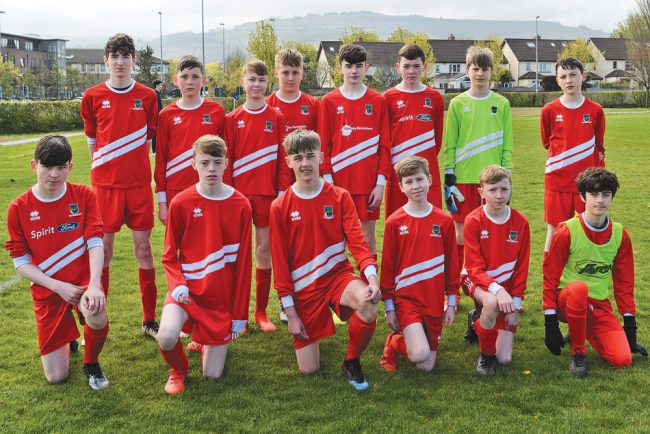 Templeogue United put up a great battle, but were undone on penalties

Templeogue also went close to extending their lead when Comerford got a shot off from close range, but the angle proved too acute as goalkeeper Farrelly made light work of the test.

Firhouse capitalised on that reprieve when Oran Lougheed served up a late leveller to take the game into extra time which failed to determine a winner.

And the resulting shootout saw the hosts prevail as Collery, Jamie Madden, Muwaniri and Lougheed all held their nerve from the spot to see their side through to the last four of the competition.