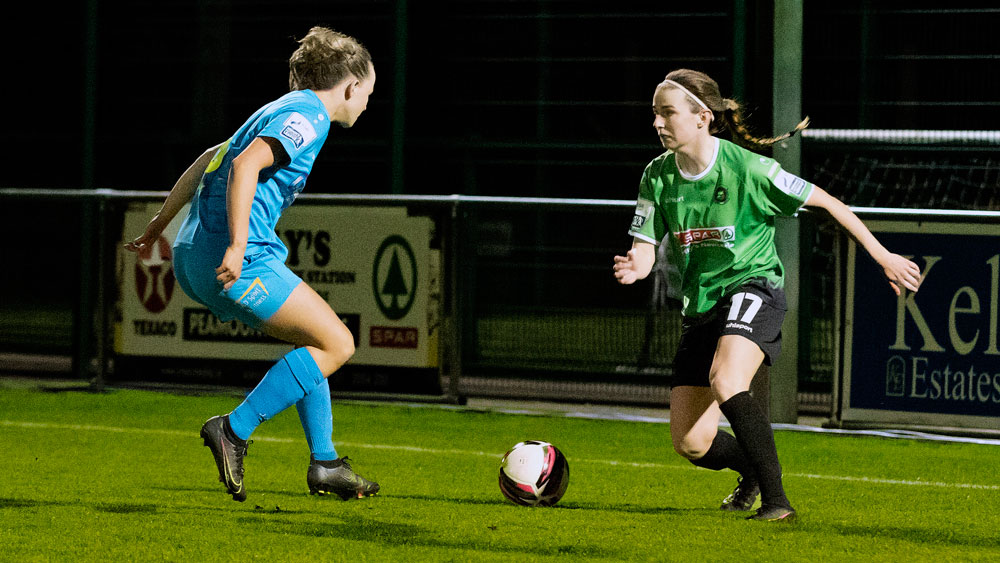 PEAMOUNT United missed out on the chance to secure the 2021 SSE Airtricity Women’s National League title last night after managing only a scoreless draw with DLR Waves in Greenogue.

A victory would have put Peamount out of reach of closest rivals Shelbourne with a match to spare, but instead it will all come down to the final week when Peamount face Galway WFC, while Shelbourne and Wexford Youths battle it out.

And while a draw for the Newcastle side would likely be enough to see them clinch the prize, the team will want to leave nothing to chance and finish their campaign on a winning note.

Indeed if Peamount manage to clinch the title, they will become the first side to win three successive Women’s National League honours, while also matching Wexford Youths’ record of four total titles since the inaugural WNL season back in 2011-12, which itself was won by the Dublin side. 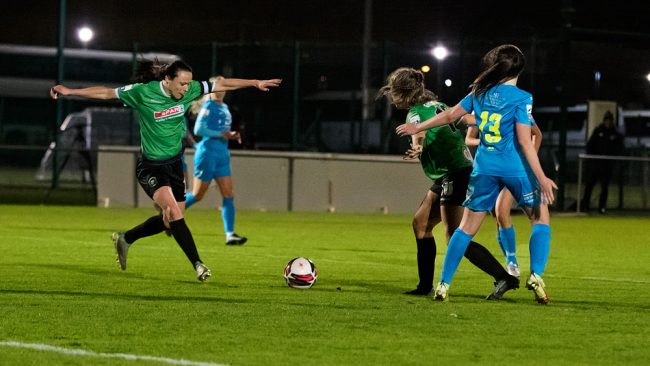 Peamount will have considered themselves unlucky not to have won last night after having any number of chances throughout the game, including a super strike from Stephanie Roche which almost put them ahead just after the restart.

Her effort was barely pushed onto the woodwork by Waves shotstopper Eve Badana to keep the game tied.

With ten minutes to go, Badana made another crucial save.

As an Aine O’Gorman cross intended for substitute Lauren Kelly flew into the box close to goal, Badana jumped up to meet the ball before Kelly got the chance to put her head to it.

In another attempt, Roche unleashed an ambitious shot for Peamount from just beyond the halfway line, catching Badana by surprise before the ball dropped just wide of the mark, though the goalkeeper had managed to cover her angle by this stage.