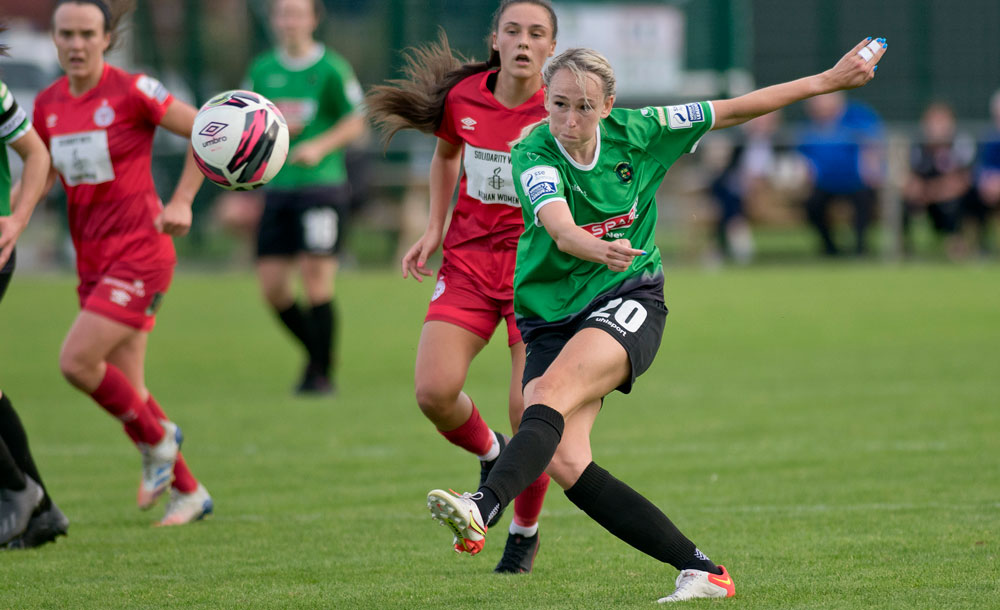 Peamount put Shels to the sword in massive WNL clash

A STEPHANIE Roche goal from just beyond the halfway line was among the highlights for Peamount United as they put Shelbourne to the sword, winning 5-0 in Saturday night’s top-of-the-table SSE Airtricity Women’s National League clash in Greenogue, by Eoghan Gardiner.

The result sees the Newcastle side overtake their rivals at the summit of the table, leaving them a point ahead with a match in hand.

As Roche took her shot from the middle of the pitch in the 35th minute, the ball hit the crossbar before finding its way into the goal, beating Shelbourne keeper Amanda Budden to make it 2-0.

The deadlock had been broken 15 minutes earlier, after Áine O’Gorman skillfully beat her marker on the right-wing, passing the ball into the box where Alannah McEvoy was on hand to tuck it away.

Lucy McCartan made it 3-0 on the hour mark.

The Shels defence failed to clear the ball and McCartan capitalised, catching the ball on the volley just outside of the box and sending it to the keeper’s left. 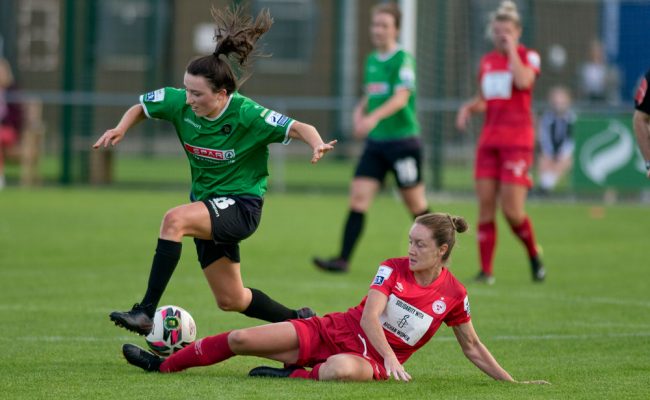 O’Gorman then managed to put herself on the scoresheet after Roche pulled the ball back from the touchline towards Sadhbh Doyle, who duly played O’Gorman in to slot the ball home from close range.