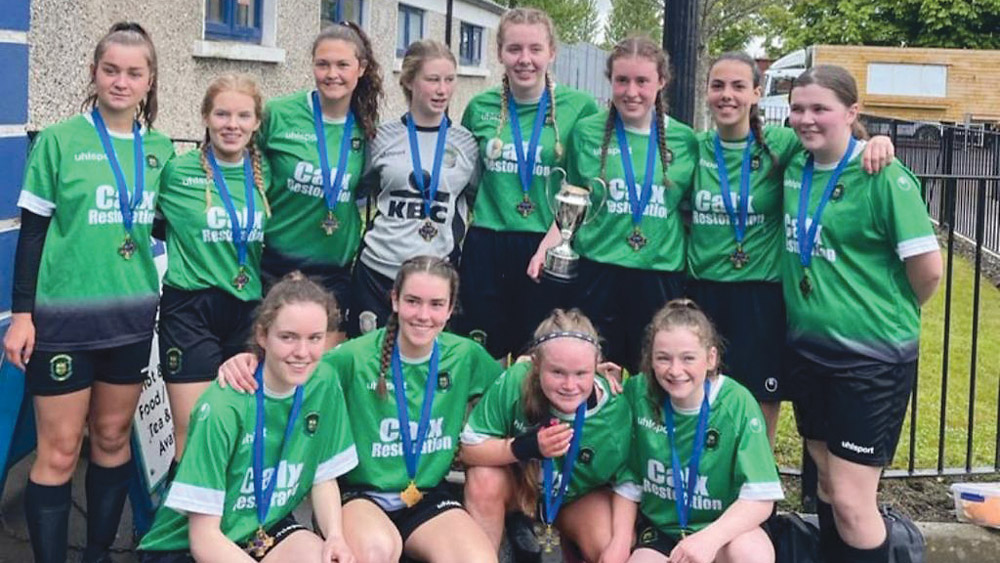 PEAMOUNT United’s Under 18 women are still in contention to win a quadruple this season after they stormed to the LFA Under 19 Cup with a 5-0 win over Arklow Town.

With that title now in the bag, the Darren Kendrick-managed team will also be hoping to add the Under 18 MGL League and Cup as well as the Under 17 FAI Cup to the trophy cabinet.

“They are a fantastic bunch of girls,” Kendrick told The Echo.

Throughout the entirety of their LFA Under 19 Cup run, Peamount did not concede a single goal while recording wins over Terenure Rangers, Lucan United, Ashbourne United and Arklow Town.

This run of clean sheets is largely down to the solidity of Yasmin McGarvey, Ellie Kendrick, Sarah-Jean O’Shea, Nadine Raymond and captain Sarah Griffin in defence and Sophie Rankin in goal.

In the decider, Ella Doyle opened the scoring with a header after getting on the end of a Sadhbh Fisher corner to take Peamount into the break 1-0 up.

Peamount saved the best for less as Sadhbh Fisher scored a spectacular overhead kick after a brilliant corner routine between Nadine Raymond and Heather Kelly.

The Newcastle side have two games remaining in the Under 18 MGL league and a win over Drogheda in the Under 17 FAI Cup this Sunday will see them into the quarter-final.

Peamount have already booked their spot in the Under 18 MGL Cup Final where they will face Baldoyle.