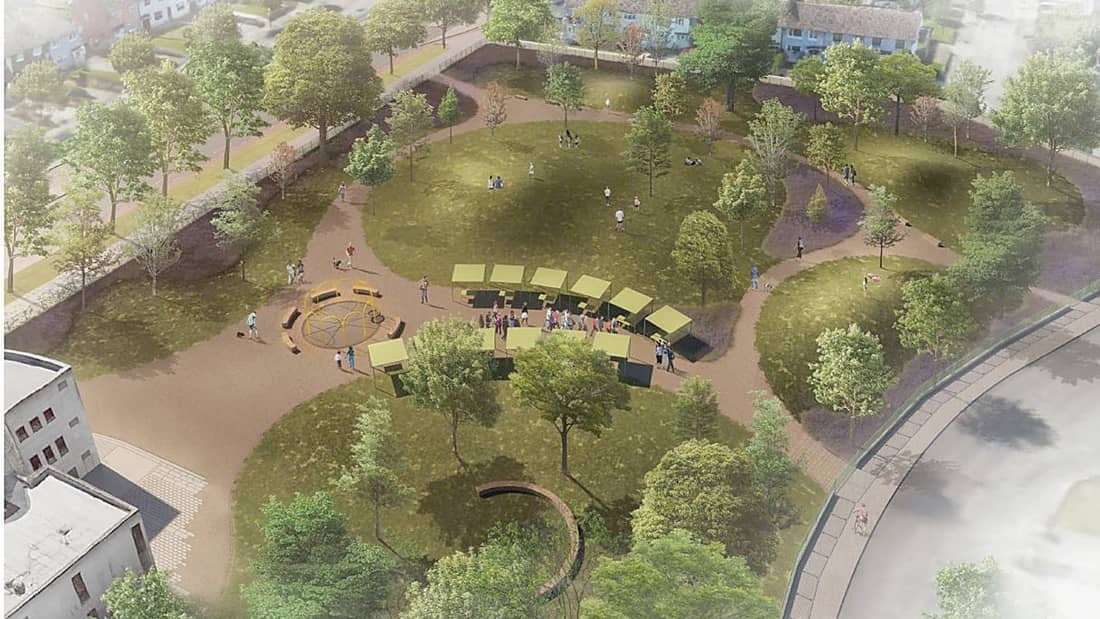 ARTISTS are being invited to submit plans for commission for sculptural work at the planned Ballyfermot People’s Park, while local people can also participate in an online survey to share their opinions on the plans.

As previously reported in The Echo, the fenced, grassy area beside Ballyfermot Community Civic Centre will be transformed into a ‘people’s park’ for people of all ages and abilities, and is expected to be completed by 2021.

The People’s Park in Ballyfermot

The plans for the park were presented to councillors at the Dublin South Central area meeting last month, where the plans for the new facility to provide infrastructure for small community gatherings, an open pergola structure and a space for markets, were outlined.

The proposal for the development includes a winding perimeter path and gentle earth-mounding that will be planted with a diverse mixture of new trees and herbaceous plants to bring seasonal colour and energy.

At the edge of the park will be a movement trail that will include playable elements for play and exercise.

As part of the improvement works, a programme will be developed with local residents to create an edible garden over the next few years.

Dublin City Council plan on working with the civic centre to provide a place for residents to engage with nature, planting, movement, play, music and storytelling.

A Part 8 public consultation will not be carried out in relation to the plans, as city planners determined that the works fell within the Exempted Development Provisions.

Last week, Sculpture Dublin began accepting submissions from artists for a participative commission, to result in the installation of a permanent sculptural work that responds to the new Ballyfermot People’s Park, and the broader context of present-day Ballyfermot.

The closing date for artists’ submissions is August 14, 2020.

They are also trying to gauge local people’s thoughts on public sculpture and what their expectations are via an online survey, ahead of a number of public meetings that Sculpture Dublin will hold in the local area from September.

The survey for local residents and the application form for interested artists is available at www.sculpturedublin.ie/ballyfermot-peoples-park/