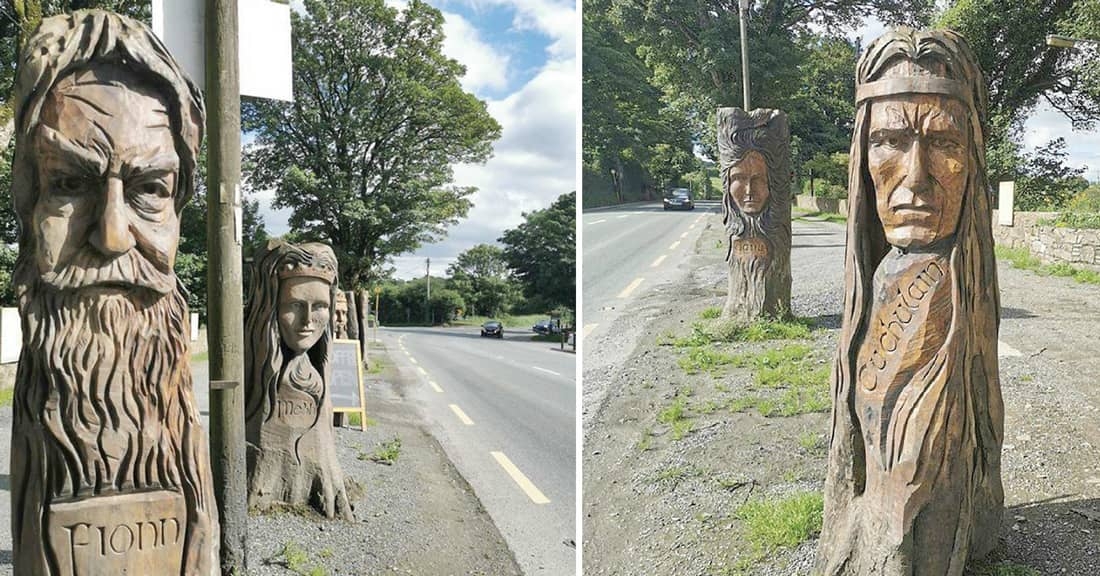 FIONN MacChuail, Queen Mebh, Boru, Danu and CuChuilain were photographed basking in the sunshine along the N81 at Brittas this week.

The five sycamore stump carvings were commissioned in 2017 by Brittas and District Residents Association and Brittas Tidy Towns Group.

According to the South Dublin County Council, the commission was funded under the Towns and Villages Renewal Scheme, which was administered by the Local Enterprise Office (LEO).

The five tree-stumps, which face traffic in both directions, were brought back to life by artist Richie Clarke in late 2018.

If you’re out and about this bank holiday weekend, drop by to appreciate the craftsmanship of the five tree-stump carvings, and enjoy some creative folklore on your doorstep.