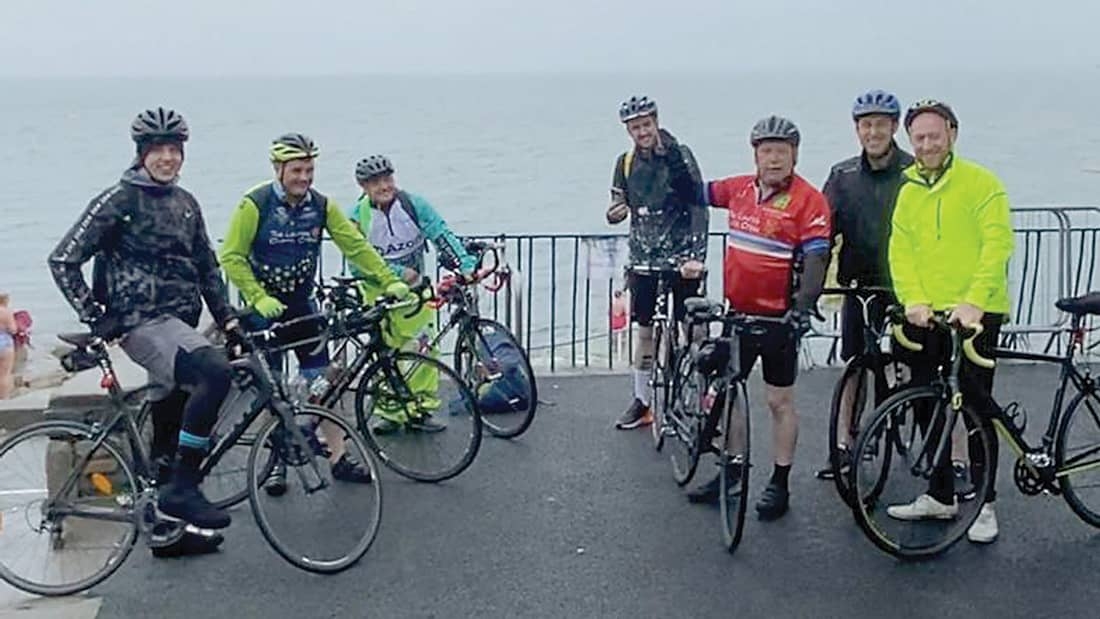 A GROUP of 13 novice cyclists will cycle from Clondalkin to Courtown next month, clocking up a total of 108kms, in order to raise funds for a sensory room in The Sacred Heart National School in Sruleen – and they are inviting people to donate or take part in the cycle challenge.

The fundraiser is the brainchild of Bawnogue man Patrick Boggans, whose son Riley is on the spectrum and will begin attending Sacred Heart’s ASD Unit when he starts school in September.

The group of cyclists on the fundraiser

Patrick said that, after trying several different schools, he felt lucky that Riley managed to get a place in an ASD Unit, but that he was aware there were other children on the spectrum who will have to attend mainstream classes in the school as there are no places available in the dedicated unit.

“Riley got into the ASD Unit, but there are a couple of kids with ASD who will have to go into mainstream classes,” Patrick explained.

“The principal of the school mentioned that they had another room that could be used as a sensory room for those kids, so they can have a break, chill out and relax if they have a sensory overload.”

Due to funding constraints the school couldn’t provide more places in its ASD Unit, but it’s hoped that the new sensory room will help to alleviate some of the difficulties the children on the spectrum may face in a mainstream classroom environment.

Patrick with his son Riley

“It’s satisfying knowing that we can help these kids,” added Patrick. “And as the principal said to us, if he had the resources and the teachers, he’d like to have places in the ASD Unit for all the children that need it.”

The team of cyclists, many of whom are involved in the Laurels Cycle Crew, are called the Handball Harriers and go cycling together on a weekly basis, however other cyclists are welcome to take part in the fundraiser.

“We’re just a group of ordinary, working class lads,” said Patrick, “some of us work as truck drivers, others work as painters, and we meet up once a week to go cycling.”

The group aims to raise €3,000 for the development of the sensory room as a result of the cycle, which will take place on Saturday, August 10, and if you’d like to donate or get involved in the event, the group can be contacted via their GoFundMe page at www.tinyurl.com/HandballHarriers.

NEWER POST‘Petty, mindless vandalism’ cause of window breakage
OLDER POSTThe sunshine brings out the best side of the creative carvings of our legendary Gaelic warriors on the Brittas sycamore stumps