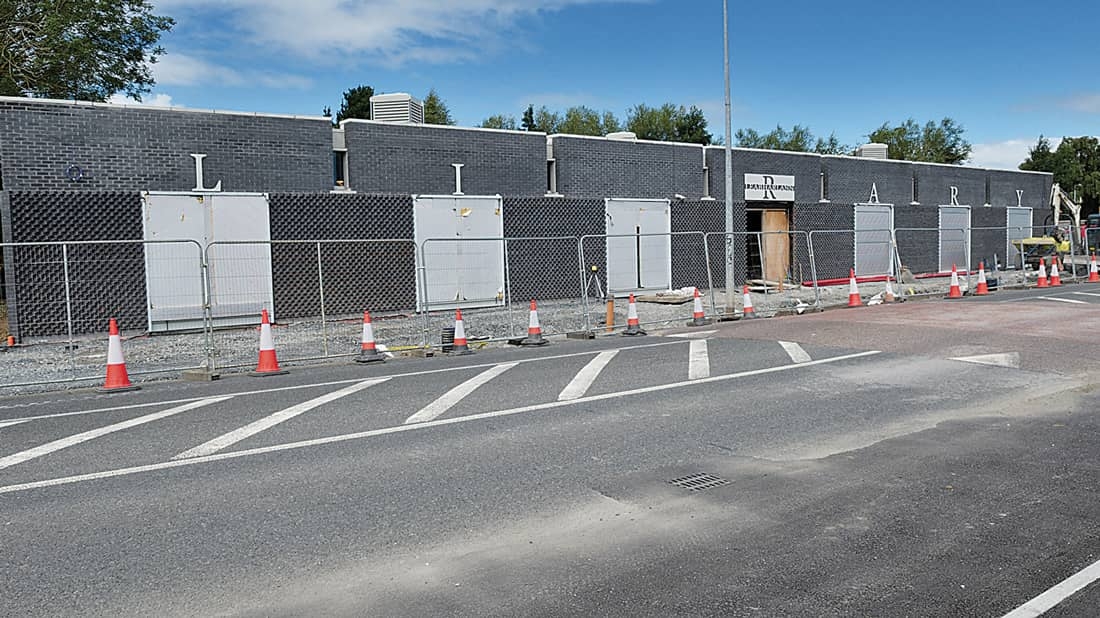 A COUNCILLOR has slammed an apparent incident of “mindless, petty vandalism” after a window at the back of the new Castletymon Library, which is currently being constructed, was smashed last week.

The original Castletymon Library closed in December 2017, when South Dublin County Council stated that they would not seek to renew the lease on the building as they claimed it was “unsuitable for occupation”, and decided to develop a brand-new library building instead.

The windows at the back of the new library were broken

The new Castletymon Library is currently being developed on Castletymon Road, adjacent to the junction with Tymon North Gardens, and the development is expected to be completed in the last quarter of this year.

However, last Thursday it was discovered that one of the windows at the back of the new building had been smashed, and the location from where the projectile would have had to be thrown from to reach the window would have taken “some effort”, according to local Independent councillor Mick Duff.

Cllr Duff told The Echo: “The last thing we want to have to do is to have to replace a window before the new library has even opened.

“Because of where the window is, it would’ve taken a determined effort to smash it. It’s sad to see that type of petty, mindless vandalism.

“It’s disappointing, because Castletymon Library was always a go-to destination for a library.

“The library is there for everyone . . . hopefully this is only a once-off and won’t be repeated.”

Urging the community to be vigilant, Cllr Duff added that if anyone sees instances of anti-social behaviour in the area they should report it to Tallaght Garda Station on 01 666 6000.

The Echo contacted South Dublin County Council to ascertain what it will cost them to replace the broken window, but a response was not received in time for print.