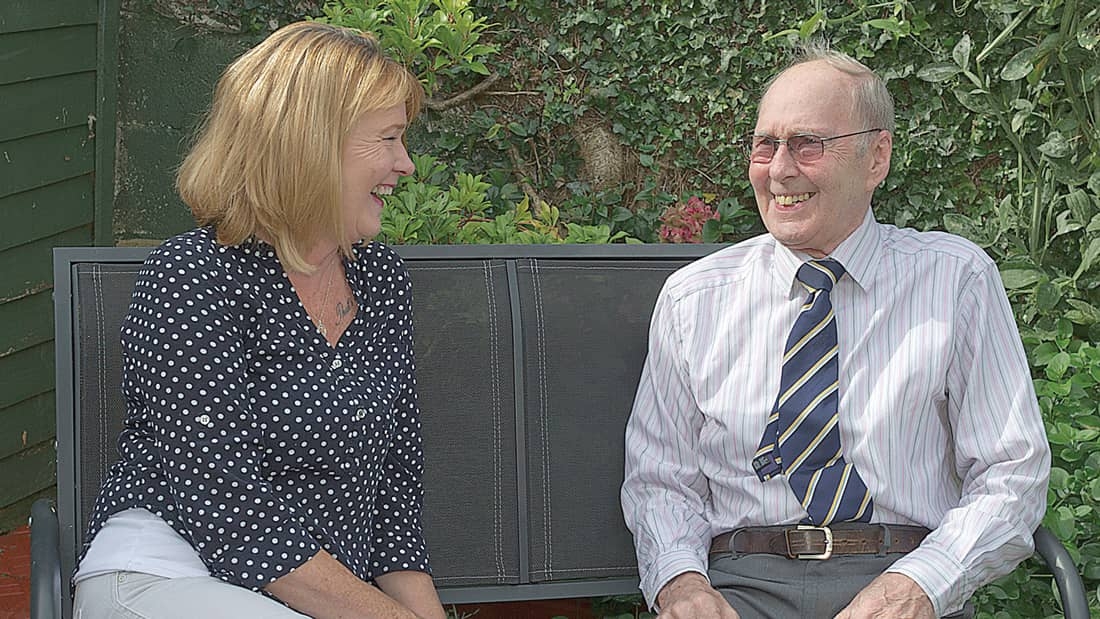 People with Alzheimer’s ‘left behind and forgotten about’

PEOPLE with Alzheimer’s disease and dementia have been “left behind and forgotten about” following the abrupt closure of day care services last March, according to a woman who is a full-time carer for her father, who has the neurodegenerative condition.

Seamus Cunningham, 82, from Newbawn in Tallaght, was diagnosed with Alzheimer’s eight years ago, after his family noticed that he started forgetting everyday things, like where he put things in cupboards, and he experienced concerning bouts of confusion on a regular basis.

After he received his diagnosis, Seamus began attending the Rose Cottage Day Care Centre in Tymon North, which is run by the Alzheimer Society of Ireland (ASI) and offers a variety of activities and a social outlet for people with the condition.

Seamus went to Rose Cottage three times a week. He was collected by bus and had gotten into a comfortable routine, and he had developed a sense of familiarity with the staff and other service users.

“They did brain training with him, by playing card games like Snap,” explained Seamus’ daughter and carer, Denise Monaghan, “and they had a garden in Tymon Park.

“Going to Rose Cottage gave Dad a sense of value and worth, because when he was there, he knew that there were still a lot of things he could do, even with his limited ability.

“He knew what time the bus would come at every morning, so he had that sense of urgency about being ready, and it helped him to know what day it was.

“And the great thing about Rose Cottage is that it felt like a house, you didn’t feel like it was a day care centre. It was like going down to see your pals in their house.”

As the coronavirus pandemic swept the country last March and lockdown began, Rose Cottage and many other services for people with Alzheimer’s and dementia had to abruptly close and, at the time of going to print, there is still no clear guidelines on when these services can be expected to reopen.

Since the lockdown began, Seamus’s condition has significantly deteriorated. He now no longer recognises his children or grandchildren, and he struggles to understand the pandemic and why people are wearing masks.

“Since the closure in March, the development of the disease has been phenomenal,” explained Denise.

“He forgets his own children now – if one of my brothers come to bring him for a walk, he doesn’t know who they are, even showing him photographs doesn’t ring a bell.

“Since Rose Cottage had to close, he doesn’t have that routine anymore. He doesn’t know what day it is or what the time is.

“The thing that struck me about this is how damaging this has been for Dad.

“When the restrictions on over 70s leaving their houses were lifted last May, I wanted to bring him out for a walk but he had been in slippers [throughout lockdown].

“He didn’t recognise his own shoes, and he refused to put them on.

“Dad will never be able to go back to Rose Cottage now – he won’t remember the people there and he’ll get frustrated.”

Denise added: “What drove me crazy is that I could go and get my hair and nails done, but my dad couldn’t access a badly-needed cognitive service.”

“During the spring and summer, we have said publicly, both via national media and directly to the Minister of Health, that our organisation was waiting on guidelines on the re-introduction of face-to-face dementia services.

“We also offered to ‘pilot’ a reopened dementia day service or services based on proposals we have already submitted to the HSE/National Dementia Office.”

The HSE published guidelines for the reopening of these face-to-face services last July, and the ASI has to review each of their day care centres to ensure compliance with these guidelines before they can be allowed to reopen.

The spokesperson added: “In recent weeks, we have done media interviews calling on the Government to allow us to do more to reopen our day care centres as soon as possible.”

The ASI will be launching their pre-budget submission ‘Dementia: The Forgotten Crisis’ in the coming weeks and one of the key asks will be extra funding from the government to refurbish existing dementia-specific day centres, to enable them to reopen in the immediate term.

The ASI has continued to support people with dementia and their families through a number of services, including home care, dementia advisers, the national helpline and online family carer training since lockdown began, according to the spokesperson.

“We just need Rose Cottage to open quicker,” added Denise, who said that while her father’s condition has progressed to a stage where if the day care did reopen, she wouldn’t send him because of the frustration it would cause him, it’s important that it’s restored for others in the community.

“We need to get this valuable and worthwhile service back.”

The Department of Health was contacted for comment, but a response was not received at the time of going to print.