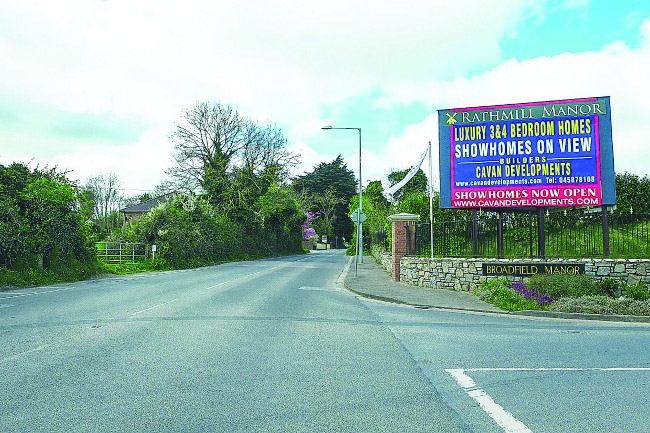 Permission granted for 12 dwellings in Rathcoole

PLANNING permission has been granted for the development of 12 dwellings on Kilteel Road in Tootenhill, Rathcoole.

The submission, which was lodged last March, contains plans for dwellings consisting of three three-storey four-bedroom houses and nine two-storey houses, which will consist of both three and four bedroom dwellings.

The proposed site is located south west and adjacent to the Broadfield Manor residential development.

The applicant, Cavan Developments, previously secured planning permission for the construction for 113 houses in Tootenhill.

The current proposed development has the effect of modifying the residential development already permitted on their previous successful application for planning permission.

The areas which it is proposed will be modified are plot numbers 62, 72 and 78 on roads one, two and three.

The site area for the proposed development is 0.546 hectares, with access provided off the permitted entrance onto Kilteel Road.