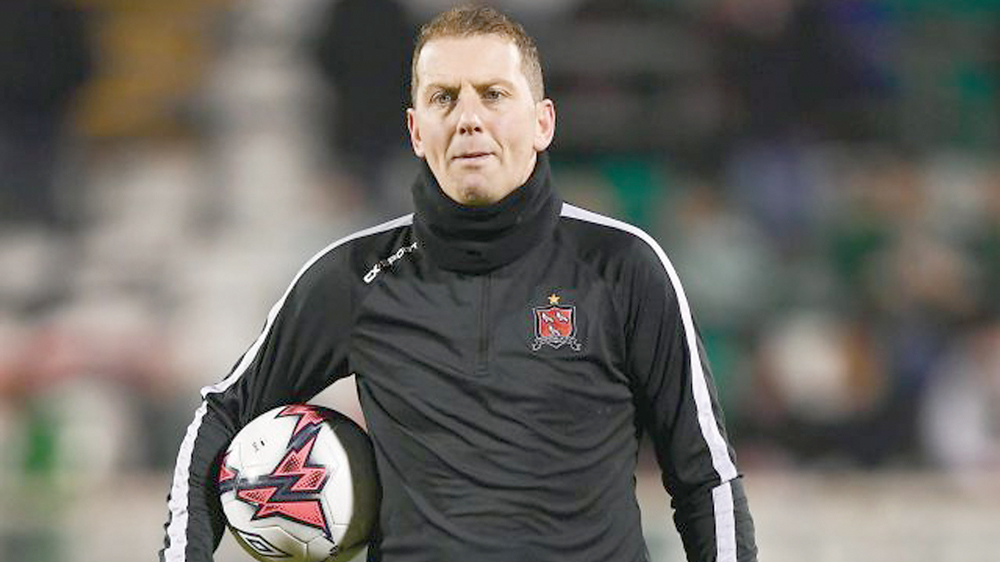 TALLAGHT native Vinny Perth has departed his role as head coach of Dundalk FC for a second time.

After initially being relieved of his duties in August 2020, Perth returned to the Lilywhites in June of this year.

At the time of his reappointment, the Co Louth outfit occupied eighth place in the SSE Airtricity League Premier Division and were in real danger of being dragged into the relegation battle.

While there were some difficult results along the way, Perth guided Dundalk to nine wins and four draws from 21 league games in charge during his second tenure.

This ensured that they finished sixth overall and although they failed to achieve European qualification for the first time since 2012, his eventual successor can at least prepare for top-flight football at Oriel Park in 2022.

Though it is yet to be officially confirmed, it seems likely that their former captain Stephen O’Donnell – who guided St Patrick’s Athletic to the FAI Cup at the Aviva Stadium last Sunday – will be the one to assume the hot seat.

Having ended his playing career at the club, Perth returned to Dundalk as an assistant to his former Longford Town manager Stephen Kenny in 2013.

After his fellow Tallaght man took over the Republic of Ireland Under 21s in the winter of 2018, Perth was handed the reins at Oriel Park.

In a successful first year at the helm, he secured the Premier Division, the EA Sports Cup, the FAI President’s Cup and the Unite The Union Champions Cup while just missing out on the FAI Cup.