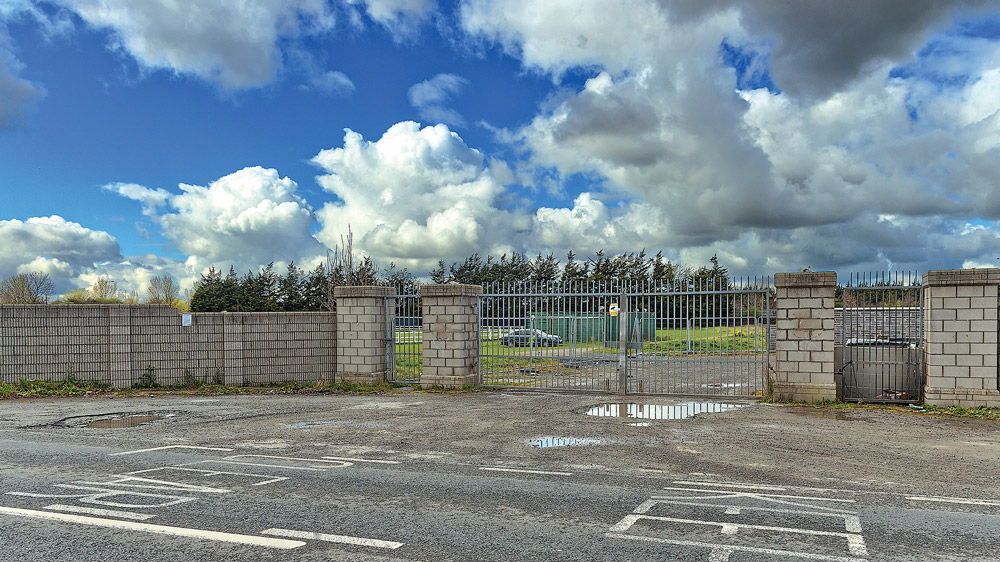 PLANS to construct a new changing room facility and erect new overhead floodlighting for a soccer club have been granted permission by South Dublin County Council.

Installation of new overhead floodlights and three flag poles were also approved for the site which borders the M50 motorway.

The proposed development also includes the continuation of a previously permitted boundary wall and footpath extending along the eastern boundary of the site with additional security fencing added to the top of the wall.

New entrance gates which will be access via the permitted entrance off Cloverhill Road make up the rest of the application.

Last August, the local planning authority requested further information to clarify and provide certain details which were omitted from the application.

On March 24, 2022, the council gave the go-ahead for the plans subject to 13 conditions. As part of one of the conditions, the developer is required to pay the planning authority a financial contribution of €28,936.68.

One of the conditions relates to the relocation of approved 38 car parking spaces and two coach parking bays.

The condition is that the relocation shall not be constructed and that revised plans showing proposed landscaping for the area to the north of the football pitch be submitted.

“The planning hereby permitted shall be used in conjunction with the operations of Ballyfermot Football Club only, unless otherwise agreed in writing with the Planning Authority and shall not be used for commercial purposes,” the council said.

Proposed floodlighting is required to be positioned and cowled to avoid lighting overspill and glare on the adjoining M50 motorway.

Ballyfermot United were granted permission to develop a new clubhouse and all-weather pitches with floodlighting in 2010 – but the downturn in the economy scuppered those plans.

In December 2014, the club agreed a deal with a developer to sell part of their land to fund the development.

As part of the deal, it was agreed that the developers would build a new dressing room for the club – estimated at the time to cost in the region of €100,000 – along with ancillary site works.

As reported in The Echo in 2015, the football club retained ownership of their grounds at Cloverhill, whilst Pathway Homes Ltd took ownership of 3 acres for a residential development.

As part-owners of the land in Cloverhill, BUSSC gave permission to Sligo-based real estate company Pathway Homes to lodge a planning application for a residential development – which is subject to a separate application.